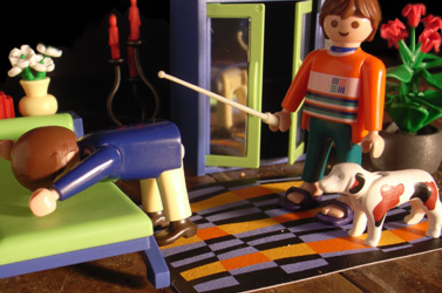 I had realised there was cash to be made on the web. It was good money for little work, especially if you weren't too bothered by how ethically you made the sales.

The good times couldn't last, however. At the start of the new millennium, with the advent of high speed multi megabit internet connectivity you could download the latest DVDs ripped down to Video CDs. Entire sites would be downloadable in one go. Why pay for what you can get for free?

Conversion ratios went through the floor. Less conversions, less money. Good sites went from 1:150 to over 1:1500 to get a single sign up. There was less cash flowing for everyone.

Some affiliate programs started offering financial incentives that were - to put it bluntly - unsustainable. The average surfer stays a site member for between one to three months. Anything over that is a bonus. Some sites were offering $80 - $100 for signups. That left little to nothing for the site owner.

The more you get used to something, the more you need to get the same effect. So while the whole web was awash with lots of cheap women in sexy poses, the way forward was to offer more hardcore material.

Things got harder and not in a good way. Having tolerated this for so long, the US government reached the point of "enough is enough" and stepped in. Prosecutions and scare tactics were the order of the day.

This law also meant that most of the content that existed up to that point was unusable because no 2257 documentation existed. Technically it didn't matter outside the US, but it was not worth the risk of a US person seeing it and a prosecution coming your way. People predicted mass site closures and the loss of lots of producers.

Degradation was the main theme and that was turned to the max, no pun intended.

It was the schoolgirl part that got Max into hot water. During one of the scenes a girl claimed to be 12 years old - in keeping with the script - although obviously she wasn't. The government tried to prosecute him for portraying an underage character but ultimately the charges were dismissed after the defendant in a similar case was found not guilty. A jury failed to reach a verdict on a lesser, simultaneous, charge of distributing obscenity.