After all, charging too much is their job, right? 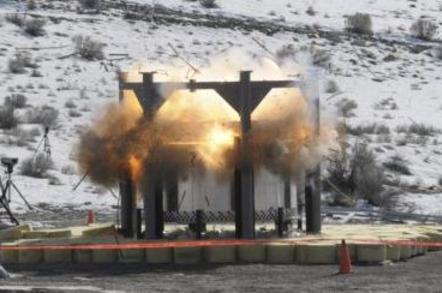 Apple has filed a court motion complaining that Michael Bromwich, the court-appointed antitrust regulator overseeing the fruity firm in the wake of its ebook price-fixing shenanigans, is too charging too much for his services.

"Mr Bromwich appears to be simply taking advantage of the fact that there is no competition here or, in his view, any ability on the part of Apple, the subject of his authority, to push back on his demands," said Cupertino's lawyers in a filing to the New York federal court, Bloomberg reports.

On the face of it Apple may have a point. In his first two weeks in the job, Bromwich has invoiced Apple for $138,432 for his services, including a 15 per cent surcharge because he's assigned the role to his consultancy business, rather than as part of his day job at law firm Goodwin Procter.

Apple's filing says this alternative billing structure is "seems slippery at best," seeing as how Goodwin Proctor trumpeted Bromwich's appointment in a press release on the law firm's website, which was "clearly meant to drum up more business," Cupertino's lawyers claim.

Bromwich is charging an hourly rate of $1,100, which the Apple filing says is more than it has ever been billed by a lawyer before. Bromwich is also hiring additional lawyers, at Apple's expense, to make sure it complies with court orders following the ebook pricing trial.

Back on July Apple was found guilty of conspiring with dead-tree publishers Hachette, HarperCollins, Macmillan, Penguin and Simon & Schuster, to raise the price of ebooks. The plan was to break Amazon's hold on the market and boost revenues for Apple's iTunes store.

The US Department of Justice brought the trial, and initially asked for broader regulation of Apple's activities beyond ebooks, and for Apple to allow booksellers to offer media through their own iOS applications rather than forcing them to use iTunes and pay Apple a 30 per cent surcharge.

Apple objected, and Judge Denise Cote agreed with Team Cook: she ruled for much lighter enforcement of Apple's contracts, and said a regulator should watch the company for the next five years to make sure it's nice, not naughty.

Apple's new filing also complains that Bromwich is seeking to interview Apple's staff without them having a lawyer present as part of his role. The regulator also wants to keep the presiding judge in the case updated without having Apple's legal eagles present, something the company says would "impermissibly expand the scope of the monitorship."

Based on Bromwich's first two weeks of invoicing, that five-year appointment could cost Apple over $16m in fees, although it may be that the lawyer has been front-loading the early invoices to pay for costs of setting up a regulator position. Apple's 2013 net income was $37 billion.

Bromwich's consulting practice said he was out of the country and unavailable for comment. ®