Bigger than IBM, Salesforce, Microsoft and Google together. But as for its profits... 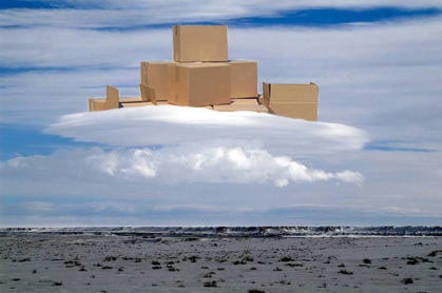 Amazon Web Services is opening up an even bigger can of whoop-ass on all of the major Platform and Infrastructure-as-a-Service rivals as the global market passed the $2.5bn mark in Q3.

Stats from Synergy Research Group show that Jeff Bezos' boys now account for more than $700m of IaaS/ PaaS revenues – which is nearly $100m more than than salesforce.com, Microsoft, IBM and Google combined, who squeak in with just over $600m.

Total market expansion was 46 per cent but this was outpaced by AWS, which took more share after reporting sales up 55 per cent.

The "relative positioning" of the five firms has not really changed in multiple quarters, said John Dinsdale, MD at Synergy, though AWS continues to stretch its lead.

"While Amazon dwarfs all competition, the race is on to see if any of the big four followers can distance themselves from their peers," he said.

Related infrastructure service sectors all grew in the quarter but far more slowly than IaaS or PaaS, with managed hosting revenues up just three per cent, retail co-location up eight per cent and content delivery networks rising 14 per cent.

AWS is forecast to turn over $3.86bn this year, while its combined rivals are estimated to bring in $2.5bn in sales, said Canalys boss Steve Brazier, at its annual channel forum in Barcelona last month.

But the man pointed Amazon and other players in the cloudy space are losing money from their cloudy ventures.

"Amazon has proven that if it sells IaaS below cost it can get customers. It is losing money on this business and we think everyone in IaaS is losing money…. they can't get the return on capital employed," he said.

And despite "brilliant marketing" from salesforce.com, he said the Software-as-a-Service players were also losing money.

Cloud service provider Outsourcery, which itself has yet to turn a profit, yesterday told resellers they must start getting into the cloud. Like most CSPs, it set up a channel because it realised the limitations of selling direct.

Many resist the push into the cloud. It seems to be where the market is heading, but that shift looks likely to be far more gradual than the early hype suggested, as is often the way in the world of tech. ®