'You're BEAUTIFUL when you're angry' 'You SEXIST PIG!' Xbox One's fresh brouhaha 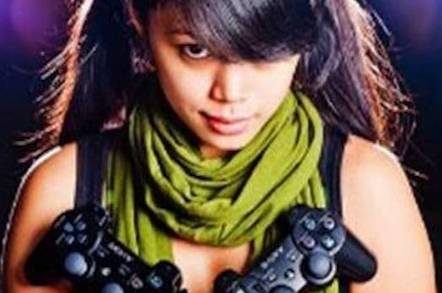 Microsoft has rewritten an Xbox One web promotion that backfired when it was branded sexist by upset gamers. The tech giant has apologized.

Online outcry was sparked by an Xbox.com web page that generated for owners of the new console an email to convince their non-gaming loved ones to pick up a controller and start playing.

Different wordings could be selected to build sentences such as "Hey sugar daddy ... you’ve been encouraging me to meet people who aren't so weird", but unfortunately for Redmond the default selections filled out the following:

Hey honey [...] I know, I know, you'd rather knit than watch me slay zombies, but hear me out [...] It just so happens that Xbox One has the best multiplayer service that filters out jerks. So don’t you worry [...] p.s. Did I mention how beautiful you are?

And so on and so forth. No genders were mentioned, you'll note, but many on Twitter and beyond took it as a letter from a boyfriend to a girlfriend, and thus slammed the promo as sexist for stereotyping women.

Got the letter generator for Xbox One from Microsoft. *open the games list* Nope. Keep "knitting" honey *roll eyes* pic.twitter.com/nDT31tW78x

@missthetarget nice how it implies that it's the girl who doesn't want to play #xbox in this instance & she'd prefer knitting :/

After enough punters complained about the weird tone of the note, Microsoft took action and altered the site. The "knitting" option was removed, offering instead entries including "you'd rather watch cat videos on the internet" and "take a bubble bath with a piranha". Now all the defaults are gone, leaving just blanks to fill in.

"The letter is customizable and we meant no offense, but understand how the defaults could be perceived," the company told El Reg.

"We're making changes to the letter defaults and apologize for the oversight."

So, Xbox One owners unable to communicate with their partners, pals and parents without the helping hand of a corporate giant, are not completely out of luck: the site is still active if you need to, say, invite Grandma over for a spirited round of zombie torching and Zumba fitness. ®

Video Speculation builds over root cause of 'Connectiongate'

Last piece of the jigsaw, bootable from USB

Ready for the new firmware? Not so fast