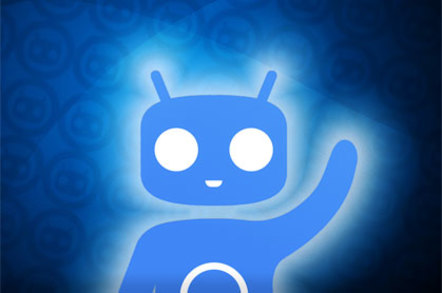 Google has taken a dim view of the CyanogenMod Installer, an app that makes it easier to install alternative firmwares on Android phones, leading its developers to pull it from the Google Play Store.

The installer was the first major undertaking by Cyanogen Inc., the Seattle company recently formed to promote CyanogenMod, its open-source alternative Android build for smartphones and tablets; it's intended to replace official distributions of the mobile operating system.

The installer app doesn't actually install CyanogenMod on its own. Instead, it offers users a simple way to enable Android Debug Bridge (ADB) on their handsets – a hack that's necessary before they can flash the new firmware – then guides them to a desktop installer program that loads the new ROM over USB.

The app has been available in the Google Play store since November 12, apparently with Google's blessing, and Cyanogen says "hundreds of thousands" of users have installed it already. But things all went south on Wednesday, when the Cyanogen team apparently received an email from the Chocolate Factory informing them that the CyanogenMod Installer violated Google Play's terms and conditions.

"After reaching out to the Play team," the Cyanogen devs explained in a Wednesday blog post, "their feedback was that though application itself is harmless, since it 'encourages users to void their warranty', it would not be allowed to remain in the store."

Rather than have Google yank the app, Cyanogen says it has taken it down voluntarily, although it still hopes for "a more favorable resolution."

Although the app is no longer available in Google Play, however, Cyanogen has posted a step-by step guide showing how to side-load it from the project's own servers – provided, that is, you have a device that allows you to install apps from "unknown sources."

"Though it's a hassle and adds steps to the process, this does allow us a path forward, outside of the Play Store itself," Cyanogen's blog post explains. ®