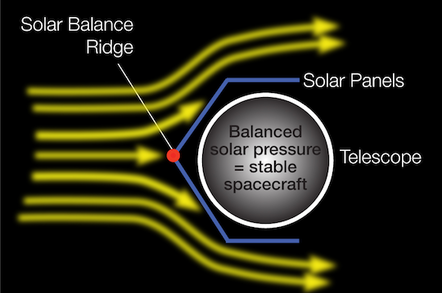 With Kepler a little wobbly on its pins, NASA has come up with an idea that will probably sound as if its scientists have reached for the sci-fi. But it's perfectly serious: the agency has tested the idea of using light pressure to help stabilise the spacecraft.

The sad ending to the original Kepler mission is well-known: it was able to function perfectly well with one of its reaction wheels (gyroscopes used to aim the craft) out of action, but when a second one failed, it could no longer be aimed with sufficient precision.

As NASA states here, the Sun is part of the problem: the pressure of a constant stream of photons is one of the things that pushes Kepler out of position and the reason it needs the reaction wheels for precise pointing.

However, the agency has also been reluctant to switch Kepler off, and instead, as noted by The Register earlier this month, has been looking for “K2” missions that can deliver science under Kepler's new constraints.

As part of its K2 planning, NASA's engineers (working with Ball Aerospace) have now successfully tested using the Sun's light pressure as a “third wheel” to help aim the spacecraft. In the test, they manoeuvred the spacecraft so that the Sun's pressure was evenly distributed across Kepler.

As NASA writes: “to achieve this level of stability, the orientation of the spacecraft must be nearly parallel to its orbital path around the sun, which is slightly offset from the ecliptic, the orbital plane of Earth.” 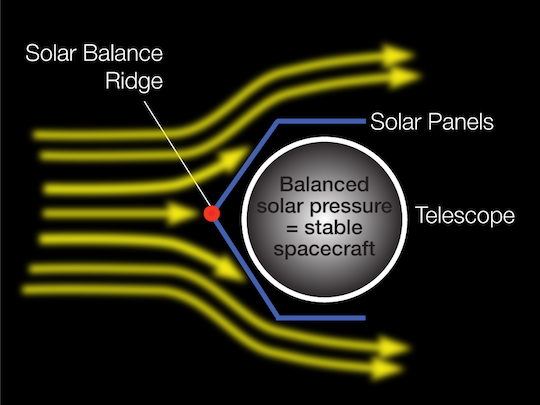 In the late October test, NASA says, the technique allowed Kepler to deliver results that were “within five per cent” of images taken with all four reaction wheels in operation.

NASA still has to get its K2 proposals past its budgetary masters. ®