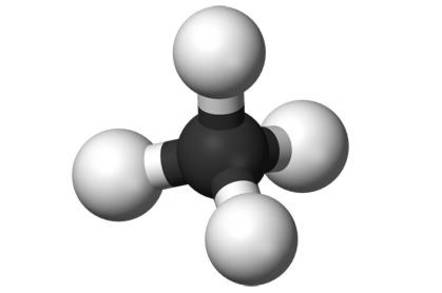 A new study has revealed that the amount of methane – a greenhouse gas 20 times more potent but far less prevalent than CO2 – released into the US atmosphere is significantly higher than previously thought.

"We find greenhouse gas emissions from agriculture and fossil fuel extraction and processing (i.e., oil and/or natural gas) are likely a factor of two or greater than cited in existing studies," reports a paper describing the findings, "Anthropogenic emissions of methane in the United States", published in the Proceedings of the National Academy of Science (PNAS).

Overall, as the Harvard Gazette explains, the study found methane emissions to be 1.5 times to 1.7 times higher than earlier estimates by the Emissions Database for Global Atmospheric Research (EDGAR) and the US Environmental Protection Agency (EPA).

In some regions, however, the difference is much greater. In the south-central US, for example, methane emissions were found to be well above the EDGAR estimates – "4.9 ± 2.6 times" higher, in fact.

The differences between the paper's findings and the previous assessments appear to be due to the different ways that the estimates were determined. EDGAR and the EPA used what the Harvard Gazette describes as a "bottoms up" approach, in which the total amount of methane is calculated by extrapolating from "the amount of methane typically released per cow or per unit of coal or natural gas sold, for example."

The new study took a "top down" approach, actually measuring methane in the atmosphere, then using meteorological data and statistical analysis to trace it back to its source.

The new estimates were developed by a duo of Harvard scientists working with other climatoboffins from the Carnegie Institution for Science, the National Oceanic and Atmospheric Administration (NOAA), and other institutions.

Methane readings were collected from telecommunications towers "typically about as tall as the Empire State Building," the Harvard Gazette reports, as well as during data-collecting research flights. More details about the study's methodology, including its statistical analysis, can be found in the paper's Supporting Information (PDF).

"The bottom-up and top-down approaches give us very different answers about the level of methane gas emissions," notes the paper's lead author, Scot Miller, a Harvard doctoral student.

"When we measure methane gas at the atmospheric level," said one of the paper's coauthors, Harvard professor Steven Wofsy, "we're seeing the cumulative effect of emissions that are happening at the surface across a very large region. That includes the sources that were part of the bottom-up inventories, but maybe also things they didn't think to measure."

The data used in the analysis were from 2007 and 2008, and the authors suggest that more-recent data would clearly provide more-pertinent results. They also caution against using the findings to immediately condemn, for example, natural gas as a "bridge fuel" to span the transition from dirty coal to clean renewables.

"Our study does not address how the magnitude of the source types that we present translate into an overall climate impact for natural gas vs. other fuel types," coauthor Anna Michalak of the Carnegie Institution for Science told The New York Times, "nor does it address implications for natural gas as a bridge fuel."

Michalak's scientific caution is admirable, but the paper's abstract does make some firm statements. "These results cast doubt on the US EPA's recent decision to downscale its estimate of national natural gas emissions by 25-30 per cent," the coauthors write.

"Overall, we conclude that methane emissions associated with both the animal husbandry and fossil fuel industries have larger greenhouse gas impacts than indicated by existing inventories." ®

Ancient DC-8 will try to figure out if biofuel’s a sick burn for contrails. NOT chemtrails, OK?