Campaigner says tweaks should be stopped while Euro DPAs investigate 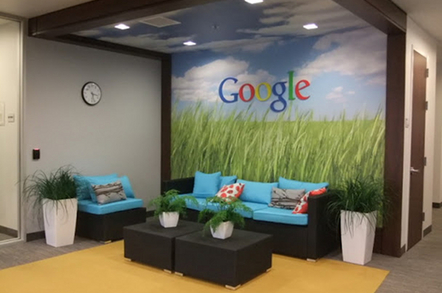 Google is facing yet another privacy protest in Europe, after Mountain View recently tweaked its terms of service to allow it to plaster its users' profile names and photos over ads.

Privacy campaigner Simon Davies has submitted a complaint to 14 data protection authorities in the EU.

He is calling on officials in Norway, Sweden, Czech Republic, Denmark, France, Spain, Italy, Slovenia, Austria, Belgium, Germany (Federal and Berlin), Lithuania, Netherlands and Poland to force Google to suspend the changes made to its terms of service to allow an official investigation to get underway.

Google had not responded to The Register's request for comment at time of writing.

The ad giant introduced its rejigged policy on 11 November, after running heavy trials on the forthcoming changes to its users by displaying a prominent banner on its services telling them their faces will soon be used to shift personalised ads – in much the way that other web outfits such as LinkedIn and Facebook already use them.

Google was up front about the overhaul, which is designed to make more money out of user profiles created in the company's flailing free content ad network – Google+.

The company has injected Google+ into its services across the net to better exploit targeted advertising.

Google insists it does respect its users' sensibilities – which means it won't suddenly begin displaying everyone's faces in its ads. That said, anyone with a Google+ profile (roughly 500 million people) could be co-opted into the company's so-called "shared endorsements" if they fail to check their privacy settings.

In December last year, the company confirmed that the majority of those users signed up to Google+ didn't actually interact with it, so the appearance of their faces in ads might in fact come as a bit of a shock to some people, despite the warnings trailed in the run-up to the terms of service change.

Davies argued in his complaint that "full exposure of identities will be a fact known to some, but not all users".

Google has triangulated the exploitation of user data by requiring users to create accounts that are content scanned, by merging their data throughout the Google ecosystem and then by linking personal preferences, interactions, associations and views to its advertising network.

In October, US Senator Ed Markey expressed concern about the changes to the Federal Trade Commission by warning that Google should make it clear to users that their data is being scraped to sell ads. ®