How much should an ethical phone cost? An extra penny? Or $4bn

Ending slavery in Africa needn't cost this much 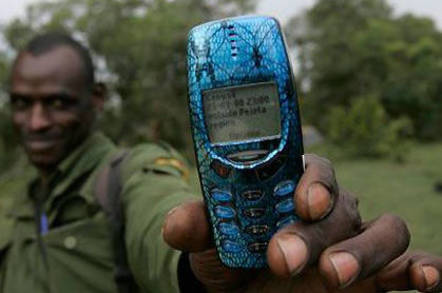 As the Dodd Frank regulations about conflict minerals approach the date at which people actually have to do something about them, it's worth seeing if they're really the monstrously ghastly clusterfuck I've been predicting they will be. Much to my surprise they're not: they're worse.

Previous El Reg near-annual installments of this story are here, here and here. The Tl:dr version is that there's an appalling civil war going on in the Eastern Congo. This is fuelled by various thugs and gangs feuding over some very rich and very simple to mine mineral deposits.

As with the blood diamonds saga, we'd really rather like to stop the slavery, the rapes and the mutilations that go with the fights for control over the slave labour used to extract the ores. Excellent, we're all agreed here. I have been arguing lo these years that the actual method that has been lit upon to do this is not going to be effective and will come at vast cost: also that there are simpler and much cheaper ways of doing it.

As I say above, my apologies but I was wrong. This is not going to happen at vast cost. It's going to be an eyewatering and criminal waste of rivers, spates of money.

Way back when it was the Enough Project that said that sorting this all out was just going to cost a penny on the price of a cell phone.

So what would it cost companies to make sure the Tantalum in their cell phones comes from Australia, instead of the Congo, for example? According to the Enough Project, about one penny per cell phone.

That's just someone quoting them but these people were also part of the organising group:

On Monday, at 12:30 PST, we will carry 45,000 pennies to Intel, representing the 45,000 lives lost every month in the conflict, and the one penny per product the Conflict Minerals Trade Act would cost tech companies - as written.

I think we'd rather trust Nick Kristoff's ability to get a quote right:

Auditing the supply chains at smelters to determine whether minerals are clean or bloody would add about a penny to the price of a cellphone, according to the Enough Project, which says the figure originated with the industry.

A penny apiece then: and with the global production of phones around the billion a year mark, this will cost us all $10m. And indeed that's the sort of number the Enough Project has used as the total cost of making sure that there's no blood in your mobile. Blood in your mobile being the tagline they used to get this campaign going.

Now I've been dismissive of whether their plan will actually work or not but $10m does seem a reasonable price for the world to pay to sort out that slave labour problem. However, it's not going to cost $10 million, not at all.

Greg Dickinson at Hiperos took me through some of the numbers. These rules on conflict mineral use essentially say that you've got to tell people. Either we don't use anything at all from the relevant areas of Africa, or we do and we know they're not conflict minerals or they are conflict minerals. Consumers can then make up their own minds about whether to purchase or not. These rules also apply only to companies listed on the major US exchanges. That's why it's the SEC that monitors those rules.

But your average large American company has between 50,000 and 100,000 third party vendors. Sure, most of them have nothing at all to do with metals: your janitorial services company ain't gonna be using tungsten heads sourced from Central Africa on their mops. But you've still got to sit down and run through each and every one of your suppliers and work out which ones might be using such metals. Then you've got to ask them whether they are using Central African and so on. This is costing between $50 and $100 per supplier. And there's thousands of US listed companies all of whom have to do this.

Sure, Dickinson is selling process solutions to this problem so there's an incentive to talk up the problem. But here's what the SEC itself says about the costs:

The SEC estimates that 6,000 U.S. issuers will be directly affected by the new requirement to trace the conflict minerals (gold, tantalum, tin, and tungsten) in their supply chains. The SEC has estimated initial compliance costs of $3 billion to $4 billion as end users of the four conflict minerals attempt to find out whether their raw materials originated at mines run by warlords in the Democratic Republic of the Congo (DRC) or its nine adjoining neighbors (Angola, Burundi, Central African Republic, the Republic of the Congo, Rwanda, South Sudan, Tanzania, Uganda, and Zambia).

That sure is a long way from that initial $10m estimate, isn't it?

As I've been saying these long years now there's always been a simple way to sort this out: indeed, the metals industry has pretty much done it already. There's only 11 places capable of processing the tantalite into tantalum. Perhaps 20 that can work with wolframite and scheelite into tungsten. A similar number for tin: and you'll never, ever, be able to control the gold market in the desired manner. We can even test a bag of ore, look at the trace minerals and divine which mine it came from. And we're going to test every bag of ore before we stick it in our processor, believe you me that ore gets tested.

So maybe 50 companies around the world that need to be a little more careful about what they buy from whom and we're done, we've fixed our perceived problem.

So what have they brought into law instead? A system whereby 6,000 companies now need to check up on every single one of their possibly 100,000 suppliers each. At a cost of $4bn just for the first year?

Oddly, the Enough Project hasn't responded to my questions about how the costs seem to have diverged from their original predictions. Funny that. Because I really would like to hear from the people who advocated this plan, something even worse than the monumentally ghastly clusterfuck I thought it was going to be. ®