And why is it so hard for CompSci grads to get jobs? 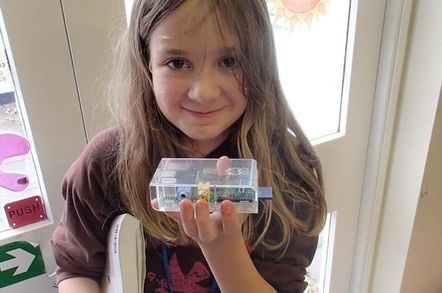 Opinion Simon Hettrick is Deputy Director and Policy & Communications Leader of the Software Sustainability Institute, which is based at the universities of Edinburgh, Manchester, Oxford and Southampton.

In the UK, there are more unemployed graduates in computer science than in any other discipline. In an attempt to understand the issue, David Willetts, the Minister of State for Universities and Skills, held a workshop in November 2013 that brought together leading representatives from industry and academia, and the Software Sustainability Institute. This is my take on some of the ideas that were discussed.

Get them while they are young

If you want good quality graduates you need to start young, so the first focus is schools. Programming has just been introduced to the national curriculum, which is a great first step. Now we need teachers who are both knowledgeable and - most importantly - passionate about computer science. Computer science is all too often taught by people whose first degree, and general interest, lies in another domain. We must attract talented computer scientists into teaching so that they can pass on their excitement about the subject to the next generation.

It’s a momentous day when you choose what to study at university: with a single decision, a bewildering range of potential careers collapses to a relatively tiny selection. That’s a worrying thought for a teenage mind. And it is under these circumstances that computer science must appeal to students as an exciting and fulfilling career.

You don’t have to dig deep to discover that doctors, lawyers - and even scientists and politicians – are seen as having a more exciting time than computer scientists. (At the risk of making a facile point: think of films where a computer scientist plays the hero, and now compare that to lawyers or doctors.) Portrayal of computer science careers is poor, so we need big industry, SMEs and academia to develop a showcase of the different and appealing careers that computer scientists enjoy.

There is a need for new role models. Alan Turing and Ada Lovelace are truly inspiring people, but they don’t represent today’s computer scientists. Even Grace Hopper is old fashioned in the mind of someone born in the 1990s. The role models from the past need to be supported by contemporary figures who are easier for current students to connect with. There will inevitably be a backlash to this next suggestion, but the general consensus was that computer science needs its Brian Cox or James Dyson.

The issue of women in computer science (or, more accurately, the lack of women in It) was raised many times during the workshop. If you agree with the recent CPHC report then this is a little off topic, because although a lack of women is a problem, it’s not a significant contributor to low employability.

Getting more women to choose computer science requires work on a number of fronts. There is certainly a need for female ambassadors, like Dame Wendy Hall and The Software Sustainability Institute's Professor Carole Goble (both of whom will be presenting at the next ACM women in science conference). Many women, it was thought, are not happy with the idea of being stuck coding in some basement, which is another reason for preparing a showcase of the broad range of careers that computer scientists can lead.

The geek image of computer science came under attack, because it was blamed for putting women off studying the subject. Here I have to demur. It’s not a problem that there are a lot of geeks in computer science. It’s a fact. I know a lot of women who are geeks, and I think that society is actually rather fond of its geeks - and becoming more so. Rather than fight an impossible battle trying to dispel the geek image, it makes more sense to embrace the image and represent its positive side: we want a portrayal that's more like The IT Crowd's Maurice Moss than The Simpsons' Martin Prince. Geeks are people who can do amazing things that other people couldn’t dream of.

Once in university, computer scientists need to attain the skills that will make them ready for employment in three key areas: technical skill, domain expertise and business management. It’s not just the programming and software engineering that’s important, employable graduates also need knowledge about a domain in which they can apply their computer science, and an understanding of how business works. Business skills – notably entrepreneurship and innovation - are best learned through practice and experience, so there’s a very strong case for expanding the number of work placements: summer placements, “year in industry” placements, sandwich courses and other schemes.

A lack of domain knowledge may be one of the reasons why computer scientists are overlooked by employers in favour of physicists, chemists and mathematicians. It would be helpful to allow computer scientists to study modules from other domains during their degree, or even develop a four year course based on three years of domain knowledge and a fourth year of applying computational skills to that domain.

In the fast-paced world of computer science, it’s important to keep learning. Continued professional development is needed not just to keep up to date with the latest technologies, but also to acquire the extra skills that industry needs from its graduates. It was noted at the workshop that a huge amount of self-led learning takes place.

There’s a wide range of resources out there from quick online tutorials and YouTube videos, to online degrees and MOOCs (Massive Open Online Courses). In fact, there are so many resources available that it’s now difficult to select the good quality courses from the deluge. To improve this situation, we need a way of sifting the information on courses. We also need certification to indicate quality or, at the very least, recommendations from industry about which courses they think will add the weight of employability to a graduate’s CV.

At the workshop, we touched on issues of gender and image, as well as skills that need to be picked up from school age to retirement. With such a mix of contributing factors, there will be no quick fix, but it’s good to see that there are already ideas for addressing many of the issues. It’s now a case of industry and academia working together to implement these solutions, so it’s heartening to see how seriously that the department of Business, Innovation and Skills (BIS) is treating the problem.

A report from the workshop for computer science graduates will be released by BIS in early December. ®