The question is: Which one? 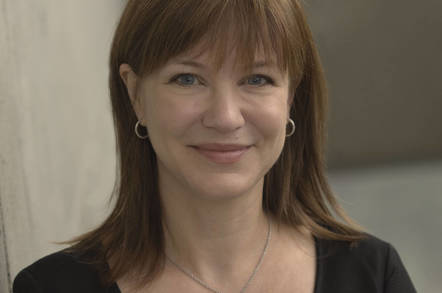 Microsoft's hardware chief has given the strongest indication yet that Microsoft has too many operating systems.

"We have the Windows Phone OS. We have Windows RT and we have full Windows. We're not going to have three," Julie Larson-Green told the audience at a UBS investor event. Larson-Green looks after the "Devices and Studios Engineering Group", the part of Redmond where the Surface hardware and the Xbox games console is built.

In the yawning absence of a clear roadmap, or even a CEO for that matter, Microsoft's operating system strategy has to be inferred - a modern kind of Kremlinology.

But what we can sensibly infer is that Microsoft appears to be on a path to merge Windows RT, the subset of Windows that runs on ARM hardware, with Windows Phone, which now runs on the NT kernel and is highly portable, but runs on ARM. According to reports, only 33 per cent of the Windows Phone and Windows RT APIs are compatible today, although the goal for the next major update, "Blue", is to reach 77 per cent compatibility. According to Mary Jo Foley, full compatibility wouldn't be reached until 2015, which is still some 13 months away.

While RT is the more sophisticated API, Windows Phone appears to be winning the internal political battle, with stories suggesting it has been freed to scale up to 7-inch and 10-inch tablets.

Larson-Green reiterates the need for one full Windows and one more mobile Windows that is more locked down (the politically acceptable phrase is "turnkey", by the way):

While RT now makes much more sense if you're already a Microsoft shop, or are happy with Microsoft services such as cloud storage locker SkyDrive, it's still one of a confusing set of options for the buyer. Does Microsoft really know what RT is for?

"We do think there's a world where there is a more mobile operating system that doesn't have the risks to battery life, or the risks to security. But, it also comes at the cost of flexibility," she told the UBS audience (Word doc, web view). She sees the next "inflexion point" as coming from advances in hardware input, just as the mouse drove the adoption of GUIs, or multitouch drove the growth in smartphones and tablets.

It's left as an exercise for the reader to decide whether this view of consumer technology evolution is accurate, or whether it's putting the cart before the horse. Larson-Green does look after hardware, so you'd expect her to arrange cart+horse in this particular order. ®