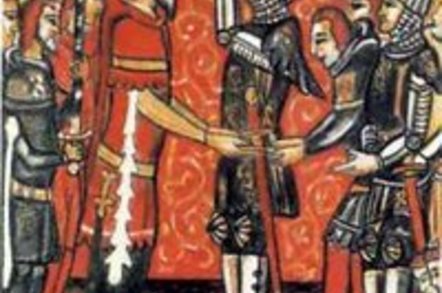 The soaring price of BitCoin has prompted the cybercrooks behind the infamous CryptoLocker malware to reduce the levy they impose on victims from 2 BTC to 0.5 BTC.

The reduced price scam was spotted in variants of the malware, which encrypts personal files on infected Windows PCs, spotted earlier this week by security firm F-Secure.

Sean Sullivan, a security researcher with the Finnish security company, writes that the unknown crooks behind the scam are simply following regular business practices ultimately geared at maximising the return from their nefarious activities.

The price of Bitcoin has been wildly volatile lately. And that type of commodity volatility affects Bitcoin's ability to act as a currency because prices are quickly driven out of whack. Even for ransomware such as CryptoLocker.

As previously reported, Cryptolocker encrypts the contents of a hard drive and connected local area drive using asymmetric cryptography before demanding payment for a private key need to unlock the data. Victims are typically told they need to pay the ransom within 72 hours if they ever want to see their data again. More recently, an ancillary service has sprung up that allows the retrieval of data at a higher price beyond the 72 hours deadline. Victims are required to upload an encrypted file in order for the service to match it with a key – during which time a "Pac-Man" animation is displayed, F-secure notes.

The value of Bitcoin has rocketed since the scam surfaced in September, so that what started out as a demand for $300 was costing victims $1,400 earlier this week; a price many victims might well balk at paying.

CryptoLocker normally arrives in email as an executable file disguised as a PDF, packed into a .zip attachment. A spam run targeting millions of UK consumers prompted a warning from the UK National Crime Agency last week. ®