Thanks for the mammaries, Lara Croft 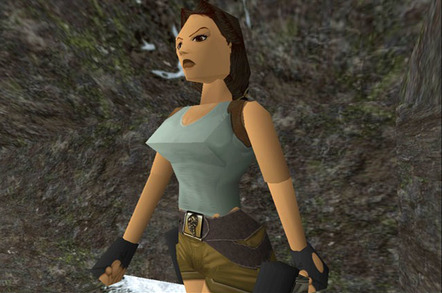 Antique Code Show It has been argued that Tomb Raider’s star, Lara Croft, was the first feminist female of video games: a bastion of 1990s "girl power" and the "ladette" culture that was (supposedly) happening at the time, and thus a great role-model for young empowered women everywhere.

Then again, take one glance at Lara posing on the cover for the 1996 videogame classic, and a mental avalanche of lads’ mags, the Sun’s page 3 and a phrase like “phwoar, nice pair o’ jugs on ‘er” will arrive within seconds. 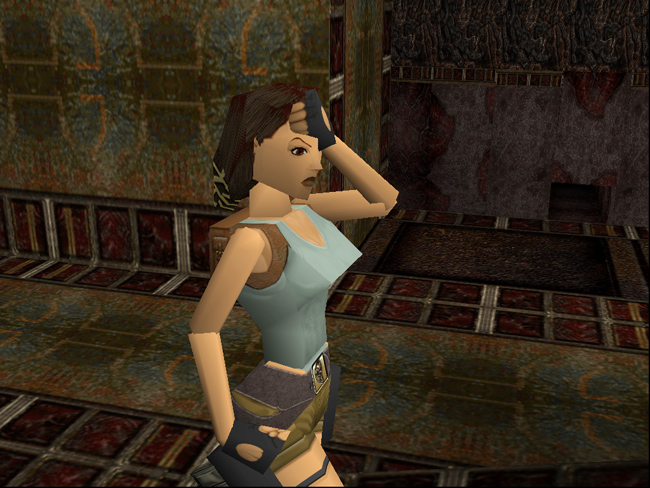 The jub of the matter

It’s that classically unwinnable argument from both sides. Yes, she gives women a representation in a traditionally male action/adventure game environment – a female in a physically demanding, powerful role.

But, on the other hand, she flaunts an overinflated chest and ass to the masses and, even worse, blokes get to control her every move, like some kind of misogynist’s virtual plaything.

Of course, such controversy played beautifully into the hands of Eidos Interactive, the title’s publisher, when the game burst onto PC, Sega Saturn and – with most far-reaching impact – the new Sony PlayStation. All three formats lacked a decent new-school 3D platformer – despite Sony giving it a good go with Crash Bandicoot – and anything that could remotely plug the gap was always going to sell well. 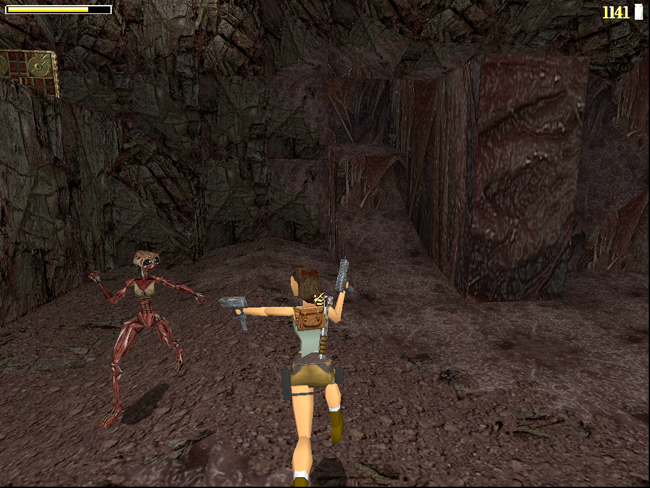 Does my boom look big in this?

Add some finely tuned game mechanics to the sweaty teenage sex appeal and a runaway success was pretty much guaranteed.

Tomb Raider’s action is framed by a half-decent attempt at a storyline involving the malevolent wrongdoings of conniving corporation Natla Technologies. A video call played to Lara in Calcutta sets her off on an initial quest to a tomb hidden away in the harsh Peruvian Andes.

This is followed by a somewhat inevitable search through the globe’s most knotty labyrinths for pieces of an ancient relic – the Scion – along with plenty of mysterious twists, double-crossing turns and genetically mutated stings in the tail. 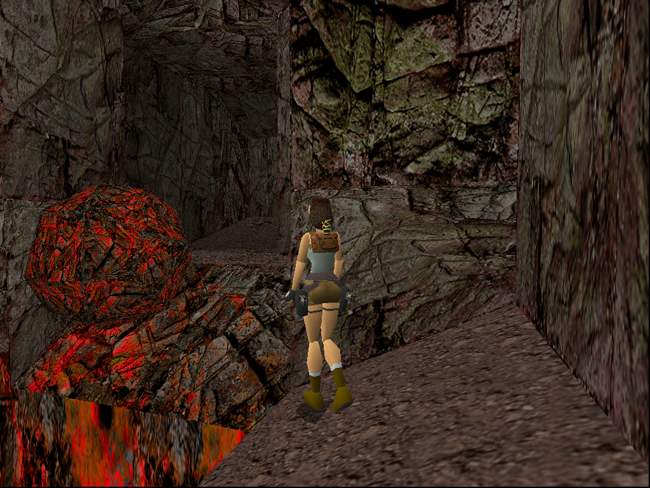 Looking at the original game today, it’s all too easy to see the Indiana Jones borrowings and wonder why so many kids bought into the franchise in the first place. Yet it’s also worth remembering that all those cut-scenes and cinematic touches found throughout the disc were still fairly new entities at this point in videogame history.

If you consider that a many of the title’s audience had been playing Super Nintendo and early Megadrive games up to this point – before landing a gleaming new CD-based PlayStation – it’s perhaps understandable that so many gamers got doe-eyed over the pre-rendered cut-scenes and sweeping camera angles.

Titles like Another World and, especially, Prince of Persia were key pointers to the way Tomb Raider’s platform-based gameplay would develop. With a control system that must have taken considerable design and programming effort, Lara can run, jump, swim, sidestep and pull herself onto ledges with deft accuracy, using an intuitive single ‘action’ button. 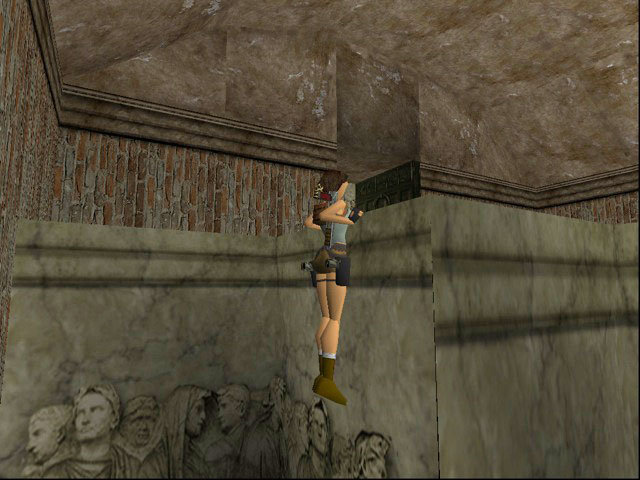 Cutting ledge: climb up or down a la Prince of Persia

In time, a player starts to "see" possible routes through the ledges, drops and ravines of each labyrinth, understanding the exact capabilities and limitations of our heroine as she makes progress. Yes, it’s classic platform action, but Tomb Raider was one of the first to do it so successfully in three dimensions, with such gloriously well-considered controls.

For the most part, each stage finds Lara running around trying to find the correct order to switch levers, search out pieces of a sacred stone or negotiate some finely timed jumps across a multi-platform ravine.