FDA accuses biz of selling medical gear without a license 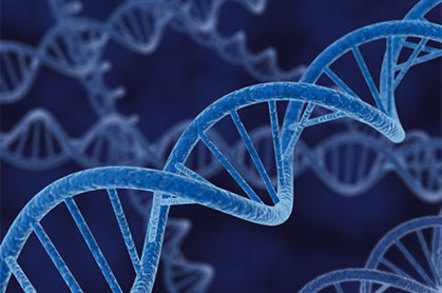 Vanity DNA testing company 23andMe has hit a major roadblock, having been told by the US Food and Drug Administration (FDA) that it must stop selling its personal genome testing kits.

Backed by Google and run by Anne Wojcicki, the estranged wife of Google cofounder Sergey Brin, 23andMe has marketed its Saliva Testing Kit and Personal Genome Service (PGS) since 2007 as a way for individuals to determine whether they are prone to certain diseases, such as cancer, heart disease, or Parkinson's.

But the FDA has long taken issue with 23andMe's marketing, arguing that the PGS's main uses classify it as a medical device and that it therefore shouldn't be sold without regulatory approval and oversight.

In a strongly worded warning letter issued today, the FDA said 23andMe "must immediately discontinue marketing the PGS until such time as it receives FDA marketing authorization for the device."

Among the regulators' concerns is the danger of false positives or negatives for some of the tests, which could give patients misleading information about their risk of contracting serious diseases or conditions.

For example, a false positive suggesting a patient had high risk of contracting breast cancer could convince the patient to seek drastic treatments – such as the double mastectomy that actress Angelina Jolie underwent in April – when in fact those treatments could be unnecessary.

On the other hand, false negatives could give patients the impression that there was no risk, causing them to snub screening or preventative measures until it was too late.

Another test offered by 23andMe claims to measure a patient's response to the blood-thinning drug warfarin. But the FDA says warfarin dosages should be assigned based on well-established international measurement standards under a doctor's care, and that if patients modify their own dosages based on the results of 23andMe's tests, they could put themselves at risk of serious illness, injury, or even death.

The FDA says it has tried to work with 23andMe to make sure its products comply with appropriate regulations, "including more than 14 face-to-face and teleconference meetings, hundreds of email exchanges, and dozens of written communications," but to no avail.

"Instead," the FDA's letter says, "we have become aware that you have initiated new marketing campaigns, including television commercials that, together with an increasing list of indications, show that you plan to expand the PGS's uses and consumer base without obtaining marketing authorization from FDA."

The FDA has now given 23andMe just 15 days to address all of the concerns outlined in its letter – or to explain how much longer than that its corrective measures will take – after which time it has threatened to initiate a regulatory action against the company.

When asked for comment on the matter, 23andMe told The Register that it had received the FDA's letter.

"We recognize that we have not met the FDA's expectations regarding timeline and communication regarding our submission," the company said in an emailed statement. "Our relationship with the FDA is extremely important to us and we are committed to fully engaging with them to address their concerns." ®

Y'know how you might look at someone and can't help but wonder if they have a genetic disorder? We've taught AI to do the same