LG: You can stop hiding from your scary SPY TELLY quite soon now

'Don't worry, we'll switch that off for you real soon' 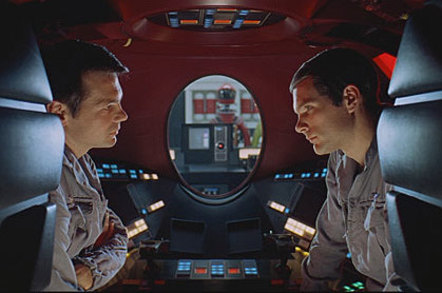 South Korean electronics giant LG has confirmed that some of its smart TVs have been logging their owners' viewing habits without their permission and has promised a patch.

Hull, UK–based developer Jason Huntley, aka "DoctorBeet," was first to notice the spying behavior when he analyzed network traffic coming from his LG TV and found that it transmitted the names of TV channels and media files he was watching, even when a data-collection feature was supposedly disabled.

On Thursday, a second blogger tried to replicate Huntley's results and found that his own set was also transmitting the names of media files hosted on his local network.

LG has since investigated the matter and has now issued a statement essentially admitting that all of these findings are true – although it doesn't see them in quite the same light as LG smart TV owners are likely to.

The statement, which was obtained by security researcher Graham Cluley, begins with the usual assurances that LG values its customers' privacy and that it is always aiming to improve its smart TV experience. It then goes on to acknowledge that some LG TVs do transmit data about what the viewer is watching, even when that feature is turned off, but it hastens to add that no one should take this personally.

"Information such as channel, TV platform, broadcast source, etc. that is collected by certain LG Smart TVs is not personal but viewing information," the statement explains. The information is collected, it says, in order to provide "more relevant advertisements and to offer recommendations to viewers based on what other LG Smart TV owners are watching."

And the part about the TV scouring the local network in search of media files? That's true, too, LG says – the behavior was implemented for an upcoming feature – but it shouldn't worry anyone, either.

"This feature ... was never fully implemented and no personal data was ever collected or retained," LG's statement says.

LG says it is working on a firmware update for the affected TVs that will stop the transmission of viewing information when that feature is disabled and also remove the network-scanning feature. No date for the patch was given, but LG says it is being prepared "for immediate rollout." ®