Supporters hope Ross Ulbricht will be released from solitary 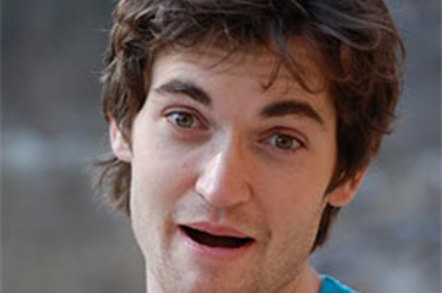 Supporters of the man accused of being the mastermind behind online drugs bazaar the Silk Road have offered to stump up $1m in bail money.

Ross Ulbricht is currently being held in solitary confinement within the Brooklyn Metropolitan Detention Center, awaiting trial for his alleged role in running the Silk Road.

Federal investigators have claimed that Ulbricht is the figure known as Dread Pirate Roberts, which was the pseudonym taken up by the person, or people, that ran the drugs market.

Ulbricht is expected to deny the charges and his family have now applied for bail, insisting that he is innocent and pointing to his history of charitable work.

The letter to the court makes repeated reference to Ulbricht's good character and features testimony from a number of friends, business associates and family members.

It also dismisses investigators' claims that he took out a hit on a rival, insisting that the allegations "contrast starkly with his unblemished record, character and reputation for peacefulness".

“Ross has an incredibly strong set of principles that he lives by, and honesty, personal responsibility, and the importance of friends and family are foremost among them,” one supporter wrote.

The accused man's family have put their $700,000 home on the line to secure bail. This fact, along with the FBI's seizure of his assets, ensures that he is not about to flee, his supporters added.

"Thus, even if Mr. Ulbricht were to sacrifice the life savings, other assets, and livelihoods of his relatives and close friends, Mr. Ulbricht is not entirely financially dependent on those who would lose tremendous amounts of money if he were to fail to comply with the conditions and requirements the Court would impose as conditions of release,” the letter said. ®

Feature Only fools rush into mobile payments and cryptocurrencies

You can trust us to run a digital currency – we're Facebook: Exec begs Europe not to ban Libra

His persuasive argument? You’re wrong – we know better about this money stuff

UK.gov mulls what to do about digital currencies

Can you tax regulate virtual money?

What do you think they'll decide?

Only n00bs need real-world cash in the cryptocurrency era