Company selling you out? You've been TUPE-ed

A survivor's guide to being sold down the river... 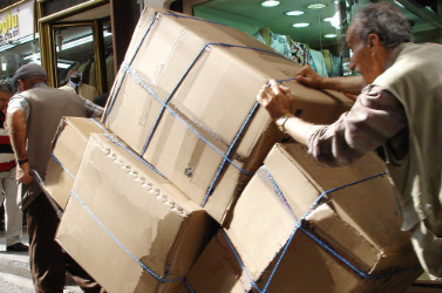 Everyone on your team is called into an obligatory meeting by the boss, and no one knows what it’s about. Just for once, there really is something worth hearing: your manager announces that you and everyone you work with are on your way out.

But there’s nothing to worry about, because your jobs are being moved to a new employer. You are about to be TUPE-ed – that is, become subject to the Transfer of Undertakings (Protection of Employment) Regulations 2006.

It’s a process that technology staff are more likely than many to experience, whether through outsourcing or the corporate wheeler-dealing to which IT is particularly susceptible. It may work out or it may not, but it is going to change your working life. To adapt the old advert for fluorescent-orange fizzy pop, you’ll know when you’ve been TUPE-ed.

According to Ben Marshall, national secretary for communications, media and digital at trade union Prospect, the best you can hope for is to get through it unscathed: “I can’t think of circumstances where TUPE transfers have enhanced people’s career circumstances,” he says. “The whole business is a bit like slave-trading, to be honest.” 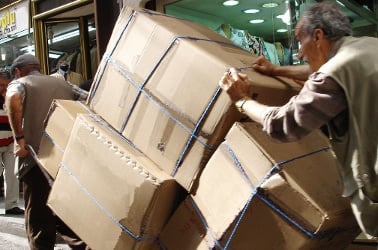 Things can go wrong – although if you know your options and your rights, there’s a good chance they won’t.

So don’t panic (although feel free to have a drink). Then read on.

Your new boss can't cut your pay, holidays and job

TUPE aims to do what it says on the legislation, and protect employment. If a part of an organisation is sold to another organisation, or a group of staff are transferred due to outsourcing, then the new employer can’t normally change contractual terms and conditions. That means your pay, holiday entitlement and period of continuous employment should be safe, as any change would represent a breach of contract.

After the transfer, any changes to your contract require an economic, technical or organisational (ETO) justification unconnected to the transfer. If your employment is being transferred to another organisation and TUPE is NOT mentioned, you should ask why. Managerial ignorance and mistakes, on this issue and on others, are always a possibility – many line managers will have had as little experience of the process as their staff.

An acknowledgement that TUPE is governing a transfer is essential, but is only the start. “TUPE doesn’t provide a cast-iron guarantee of future employment,” warns Edward Cooper, national practice group leader for law firm Slater&Gordon. The ETO justifications mean that a firm that already has too many staff, then transfers some in through TUPE, may be able to use this as a way to cut jobs among those transferring, although legal action could result. “It doesn’t protect jobs per se, it goes some way towards doing that,” Cooper summarises.

Your new bosses can cut your pension... and worse

Many things are not covered by TUPE, usually including employer pension contributions, although pension rights earned up to the time of transfer should be safe. If your pension is provided by your current employer through a trust, it’s unlikely to be continued; if the pension scheme is contracted out, it may be. Pension arrangements should certainly be high on the list of things to investigate.

Your new employer might offer an equivalent pension, or a better one, but it may also be worse. The same is true of benefits including childcare vouchers, flexible working arrangements, office location and even where you get to park your car or bicycle. You can ask to have current arrangements matched – and you or your representative should – but you don’t have a right to any of them.

If you are transferring from one big company to another, there’s a good chance that things will go fairly smoothly. Prospect’s Ben Marshall says that the union has a matrix of benefits covering the likes of BT and O2, so when its members are being transferred it simply contacts the new employer with a list of benefits and asks how it plans to meet them.

Some haggling usually follows – unlike BT, most firms are not geared up to offer their staff free broadband – and alternatives or cash buy-outs are often proposed. Fiona Martin, head of employment law at Martin Searle Solicitors, adds that problems are more likely to arise with transfers to smaller firms, with less experience of handling transfers and fewer staff benefits.

This is a very good time to be in a trade union, a professional association or other body that provides its members with legal advice on their professional lives. If you are currently in a company that recognises a union for your division, then it is likely that the negotiations will go through that organisation, regardless of whether everyone covered is a member.

But if a union is not recognised, or even if it is and you want personal advice, then it’s a bit late to join. Ben Marshall says joining after a transfer has been announced is like trying to join the AA after you’ve broken down: “We don’t deal with pre-existing conditions,” he says.

And even if you are covered by a union, don’t expect miracles. Ben Marshall adds that, while unions have a lot of experience of dealing with TUPE, it’s very unlikely they can stop a transfer. Employers have to consult with staff affected by a transfer, with legal action possible if they don’t.

But don’t expect a negotiation: according to Fiona Martin of Martin Searle Solicitors, “it’s more information than consultation”. The process takes place with the existing employer, not the new one, although representatives from the latter may be involved.

This can be particularly daunting when an employer doesn’t have a union or equivalent body to talk to, and the affected staff have to organise or elect their own representatives. Edward Cooper says that if there isn’t a union available, employee representatives may want to take legal advice: “If they don’t have the benefit of that, they are left probably for the first time in their lives with a set of issues they haven’t faced before. Employers are not always prone to help them, for obvious reasons.”

Whether or not you act as a rep, you can help. There may be a moment in a TUPE process which sees all the team gathered in a room, trying to decide what to do about the likely loss of pension payments, bike racks or even free massage Friday. You may or may not share a union, or even much of a group identity. Even so, you would still be wise to stick together, unless you completely disagree. This is partly because a group that speaks with one voice is more likely to get a better deal from the TUPE process, and any future negotiations, than one that doesn’t. It is also because, if you stay, you will have to work with these people.

Next page: Refusing the transfer
Page:
Tips and corrections
40 Comments