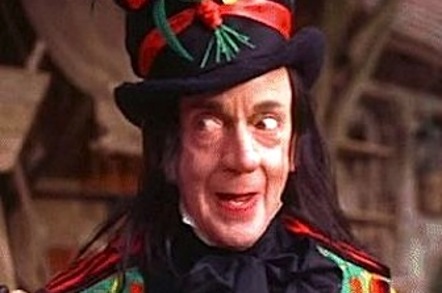 Google and Microsoft have bent to political pressure in the UK – by agreeing to tweak their search engines to not only make it a little harder for sickos to find child abuse images online, but to also prevent regulatory intervention.

UK Prime Minister David Cameron said that "significant progress" had been made since the summer months when he began wrangling with web search engines and other internet players over the relative ease with which illegal content that shows children being sexually abused could be accessed.

Despite search engines working closely with the Internet Watch Foundation in Britain, which claims it can on average remove access to such material that is hosted in Blighty within 90 minutes of it being reported, Downing Street - backed by a newspaper campaign from the Daily Mail - has insisted that more can be done.

He said in a piece for the Mail today that the ad giant had assembled a 200-strong team of engineers to work on "state-of-the-art technology to tackle the problem".

While no algorithm is perfect – and Google cannot prevent paedophiles adding new images to the web – these changes have cleaned up the results for over 100,000 queries that might be related to the sexual abuse of kids.

As important, we will soon roll out these changes in more than 150 languages, so the impact will be truly global.

Cameron is this week meeting search engine outfits, ISPs, the National Crime Agency (NCA) and kids' charity the NSPCC in Downing Street to discuss the progress made to date.

Number 10 said that Microsoft and Google had agreed, among other things, to block child abuse images, videos and pathways that lead to illegal material. It means that around 100,000 unique searches worldwide on Google will now apparently be halted.

Auto-complete features that obviously point to nasty and illegal content will also be silenced on both search engines. And Google has said it had developed a hashing technology for YouTube that would place a unique ID mark on illegal child abuse vids. Once a copy is spotted on the service, all other copies will then be removed from the web.

The next step is for Google and MS to work with cops at the NCA - which has 4,000 people on its books tracking, investigating and cuffing paedophiles in the UK - to try to tackle the peer-to-peer networks in darker corners of the web. The agency has already given the companies an "unambiguous" list of terms that would clearly lead to child abuse images online.

Both companies [Google and Microsoft] have made clear to me that they share my commitment to stop child abuse content from being available not only in the UK but across the world.

This must mean making sure that it is not possible for people to find child abuse content via search engines now or in the future.

If the search engines are unable to deliver on their commitment to prevent child abuse material being returned from search terms used by paedophiles, I will bring forward legislation that will ensure it happens.

With the progress that has been made in 4 months, I believe we are heading in right direction but no-one should be in doubt that there is a red line: if more isn’t done to stop illegal content or pathways being found when someone uses a child abuse search term, we will do what is necessary to protect our children.

But Cameron's summit with ISPs, Google, Microsoft and others will not just discuss illegal child abuse images. The Prime Minister is also hoping to develop ways in which "children viewing online pornography and other damaging material at a very early age" can be stopped.

Many have been troubled by the PM regularly conflating the two very separate issues of illegal and legal content online.

Number 10 continued to do just that today, however. It reiterated that the country's biggest ISPs were all set to offer network-level filters on their services from the start of 2014, in an effort to let parents censor the type of content their kids can access.

ISPs, meanwhile, have cobbled together £25m for a three-year-long internet safety campaign aimed at educating parents on how to adequately police the filters. ®