WHO ate all the PIs? Sales of Brit mini-puter pass 2 MEELLION 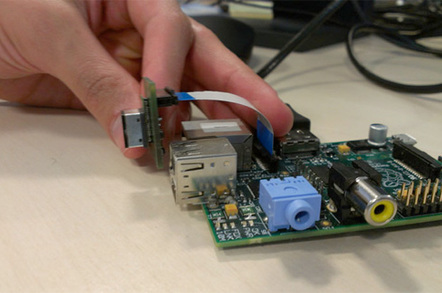 The Raspberry Pi foundation has announced that it has sold two million of the tiny computers.

The milestone is remarkable because two million is a nicely large number but more so because the Pi guys have noticed that sales are accelerating ahead of projections.

"It took us almost exactly a year to sell the first million Raspberry Pis," writes the Foundation's Liz Upton. "Going on that basis, we calculated that we might, if we were lucky, reach the second million around January 2014, or slightly afterwards – we were confident we’d get there by the end of February 2014. So it was a bit of a shock at the end of last week when we got the latest sales figures and discovered that the 2,000,000th Raspberry Pi was sold in the last week of October."

Upton's post announcing the two millionth sale also reminisces about the first batch of 2000 Pis and her realisation that each one of those machines now has 1,000 siblings.

That's a figure that puts the success of the Pi project into perspective nicely.

The news also suggests the Pi project is in rude health, as Upton and the rest of the crew have seemingly been able to pay less-than-granular attention to sales data. That bespeaks strong cash flow as were the company watching every penny it would surely be looking at this kind of data rather more often. ®