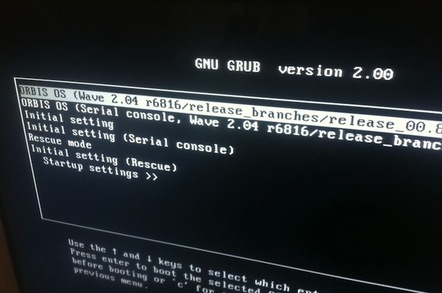 Sony has confirmed that its newgasmic game console the PlayStation 4 - on sale today in the US - uses a modified version of the open-source FreeBSD operating system.

In a license page on Sony's Japanese site the company lists the software used by the PEW-PEW-PEW machine, and Unix-derivative FreeBSD features prominently. The PS4's Orbis OS is based on the tech.

Speculation had surged in June that Sony had loaded a modified version of FreeBSD 9 onto its console after images leaked online of the console's development environment. Sony's no stranger to the open-source world: it's PlayStation 2 programming kits were Red Hat Linux machines, although it's infamous for dropping Linux support for the PS3.

The confirmation is arguably another win for the open-source world, and lines up with game vendor Valve's plan to bring a console into people's living rooms running a Linux-powered SteamOS.

Besides the daemon-logo'd FreeBSD kernel and related components, other open-source software used by Sony's entertainment box includes OpenSSL, Protocol Buffers, Webkit, jQuery, and Lua. The FreeBSD software license allows the OS's source code to be used freely by anyone provided acknowledge of the project's copyright is noted in the product's documentation along with the distribution terms and conditions.

Nintendo also uses open-source software in its Wii U games console alongside its proprietary Internal Operating System. Microsoft, on the other hand, appears to prefer purely its own home-grown code – namely the Xbox OS that was written from scratch for the original Xbox and the Xbox 360. The upcoming Xbox One will use the Windows kernel, Microsoft said. ®