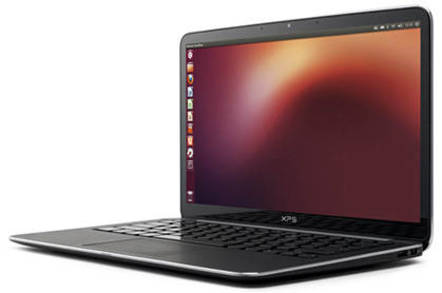 Dell has shipped a second update to its Ubuntu-powered Project Sputnik developer laptop, and its engineers have begun testing other Dell portables with an eye to offering an even more powerful Linux workstation.

When Dell launched its first Sputnik notebook based on the XPS 13 in 2012, some customers were disappointed with its specs, in particular its ho-hum display. The PC maker fixed that problem when it released its second version earlier this year, and now it has improved the hardware even further.

Perhaps the most significant change in the latest Sputnik is that it's now powered by a fourth-generation (aka "Haswell") Intel Core processor – either an i5-4200U at 2.6GHz or an i7-4500U at 3.0GHz, depending on configuration – up from the third-generation "Ivy Bridge" chip in the last model.

That means the onboard graphics get a slight upgrade as well, from Intel HD 4000 to HD 4400. Benchmarks show the newer graphics core gives maybe a 20 to 30 per cent performance boost versus the old one.

The other specs are all similar to the last Sputnik's. The new model comes with 8GB of dual-channel DDR3 SDRAM at 1600MHz, either a 128GB or a 256GB mSATA solid state drive, and Intel dual-band 802.11ac Wi-Fi with Bluetooth 4.0.

As before, the installed operating system is Ubuntu 12.04 LTS – the most recent long-term support version – and Dell has made sure all of the hardware works with Linux out of the box. For example, Dell reportedly collaborated with Canonical and Synaptics to get the new touch display working.

If anything does go wrong, however, each laptop also comes with one year of Dell professional support, including on-site service after a support tech diagnoses the problem remotely.

In addition, the machines come with Dell's Profile Tool and its software for deploying applications to the cloud, for which the Sputnik team stepped up their development efforts earlier this month.

The new Sputnik model replaces the old one and it's available for preorder in the US beginning on Friday for $1,249 with a Core i5 and a 128GB SSD or $1,549 with a Core i7 and 256GB. Preorders will open to Canada next week, and as it stands now, the machines are expected to begin shipping on December 16.

UK and European customers will be able to order the systems, too, but a little later, and they will only be able to get the higher-end, Core i7 version. Dell will begin taking orders from the UK, Austria, France, Germany, Ireland, Italy, the Netherlands, Spain, and Switzerland by the end of November, with Belgium, Denmark, Norway, and Sweden to follow in December.

Even as Dell prepares to start shipping these latest XPS 13–based machines, however, its engineers are already working on finding another Dell model that could form the basis of a new, even more powerful Linux laptop.

The Sputnik models have so far been designed with portability in mind, but a vocal segment of Dell's Linux customers have been clamoring for a system with a larger screen and an emphasis on workstation-like power, rather than mobility.

To that end, Dell Linux engineer Jared Dominguez has been testing the Precision M3800 with Ubuntu, with promising results. In a nutshell, most of the hardware works with the exception of the SD card reader, but a few items needed some additional software tweaks to function well. You can read his full report here, along with some advice if you want to try it on your own.

Dominguez cautions that his explorations shouldn't be construed as official support for Linux on the M3800. But Sputnik program pilot Barton George says that if enough people use Dominguez's findings to install Linux on the systems and Dell gets enough positive feedback, the PC maker may be willing to offer the M3800 with Ubuntu preinstalled. So get cracking. ®