PlayStation daddy on new PS4: She's ALL 'PLAY', NO 'Station' this time

'We spread ourselves a little bit too thin', admit Sony console brains 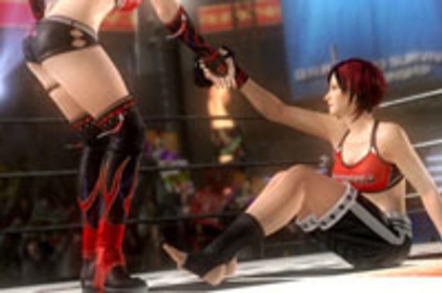 APU13 The goals of Sony's PlayStation 4, on sale Friday, were rewritten from the ground up – after the company "spread itself too thin" when developing the PlayStation 3.

So said Dominic Mallinson, Sony's veep of R&D for Playstation, speaking at the AMD developers conference, APU13, in San José, California, on Wednesday.

Mallinson was introduced as "Mr Playstation", having worked on the core software for the PlayStation 1, 2, 3, and now 4 – which, by the way, will be released in North America this Friday, and in Europe two weeks later.

Recounting the days when development of the PlayStation 3 was initiated, he said "we realized with PS3 that we could do so much more" than what had been accomplished in the PlayStation 2. "And in fact, one of our brand messages at the time was that 'it only does everything'."

That PlayStation was designed around the Cell processor, which Maillinson called the precursor to today's APUs – accelerated processing units, to use AMD's lingo – in that is was essentially a heterogeneous architecture in which the CPU and GPU cores shared the same system memory.

"But unfortunately it was complicated to use," he said. "It had many distributed memories requiring [direct memory access] and synchronization, and the developers found it really tough to get to grips with." And if you throw roadblocks in the way of your developers, those same roadblocks limit hardware uptake, since content sells consoles.

A number of other step-ups from the basic PlayStation 2 design added complexity: a hard disk drive, built-in networking, system software to make use of the additions, a web browser, a Blu-ray player with a Java virtual machine, and media playback software – all of which not only added to the complexity of the PlayStation 3, but also its cost.

"It's fair to say that we did spread ourselves a little bit too thin, and just tried to do 'only everything'," Mallinson said.

"But don't get me wrong," he hastened to add. "The PS3 is a great product and a great success – but it caused us to stop and think. And we learned a lot of lessons, and some of those lessons we've applied now in our design of the PlayStation 4."

The basic lesson, Mallinson said, was to get back to first principles. Several years ago, when the team first started envisioning the PS4, "we asked ourselves a very important question," he said. "What does PlayStation stand for?"

A division-wide period of soul-searching followed, during which that question was pondered. What came out of that process was the realization that at the heart of the PlayStation concept was the gaming experience. Or, as Mallinson put it, "The PlayStation exists to push the boundaries of play," with a soupçon of irreverence.

"We stopped trying to make a product that was all things to all people," he said, "and instead we focused on enabling this great play."

Gamers, however, expect more from a console today than they did when the PlayStation 3 debuted in November 2006. "There was no iPhone," Mallinson said. "There was no app store. In fact, Facebook had only been publicly available for two months."

So his team's goal was to add mobile integration, content downloads, and social interactivity to PlayStation 4 without losing sight of it's prime directive: to be a gaming machine.

We'll soon find out whether they were successful – but don't judge too quickly. As Mallison pointed out, the PlayStation 4's lifecycle should be about 10 years, and it will take some time before developers learn how to wring the last few drops of boundary-pushing play from it.

They have what Mallison believes is a more than decent platform to work with. "The PS4 is not a supercomputer," he said, "although it is a pretty amazing piece of technology." ®