Every man, woman and child in the UK paid HP £21 last year

Plus other fascinating nuggets we found when carving into UK.gov's IT spending pie 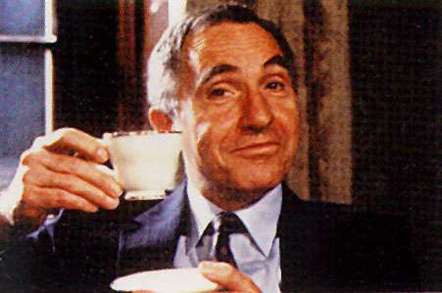 The government spends billions of pounds on IT every year. While individual projects often make the news when investigated by auditors and select committees, the overall picture is less well-known.

But it IS big business – both because of how much is spent, but also because just a few big businesses suck up very large amounts of taxpayers’ money in this area.

In this era of (reasonably) open government, that money can be tracked. Using Freedom of Information requests, monthly spending returns and government statistical publications, here is our guide to what Britons spend on IT as taxpayers, and who they spend it with.

Department for Work and Pensions

In the 2012-13 financial year, the DWP spent £1.17bn across 19 IT and telecoms suppliers, according to the data it released under the Freedom of Information Act. That represents 35 per cent of all the department’s £3.33bn spending with external suppliers.

Its biggest supplier is Trillium (Prime), a subsidiary of property firm Telereal Trillium, which charged £635.5m for facilities management. But the next three companies in the department’s list of top suppliers are all IT firms.

HP received £532.1m, 16 per cent of total spending with suppliers, for IT systems delivery of all kinds – including hosting, desktop services and application development. It was followed by BT (£183.5m, 5.5 per cent) which according to the spending returns for January to March 2013 received virtually all its money for network running costs – the only invoice for anything else came to £67,000, for network equipment. (Unlike the overall figures, the monthly returns include VAT where relevant.)

HP and BT have been the DWP’s main IT and communications suppliers for several years, but third-placed Accenture, earning £151.4 (4.5 per cent of the total) has risen in importance: a similar release covering the 2010-11 financial year had it in 11th place and paid less than half the 2012-13 amount. The department’s monthly spending returns show Accenture billed mostly for application development, although also for maintenance, support and consultancy.

The fifth-largest supplier to the department was Atos (£146.9m, 4.4 per cent), but the monthly returns show this was mostly for healthcare work, such as carrying out the government’s controversial work capability assessments, and rather less for IT systems delivery (so it was not counted among the 19 IT and telecoms suppliers).

While HP, BT and Accenture dominate, the DWP spends millions with other IT firms. IBM is the DWP’s eighth largest supplier, pulling in £93m – and if the £9.1m earnings of Curam Software, a welfare and social insurance specialist bought by Big Blue in 2011 are included, it leapfrogs Royal Mail’s £95.5m into seventh place. Xerox is the department’s 15th biggest supplier, receiving £42.9m; reseller SCC is 19th with £37.9m; 22nd-placed Oracle got £30.2m; and Tata Consultancy Services, three places lower, took £22.5m.

If you’re looking for the taxman’s IT spending, look no further than its Aspire deal with Capgemini. In 2012-13, HMRC spent £735.2m through Aspire, which started in 2003 and has been extended to run until 2017. This made up 49 per cent of all the tax collection agency’s £1.5bn spending with external suppliers.

The monthly spending returns for the first three months of 2013 show the wide range of services covered by Aspire. Data centre operations take the biggest slice, with invoices for £51m received in that quarter alone. This was followed by desktop services (£32.3m); software maintenance (£16.8m); and various kinds of printing, upon which HMRC spent £9.3 in the first three months of this year. Then there’s £6.7m for telephony services, nearly as much again (£6.1m) for telephone-based support, £4.5m for software licences and £1.9m for disaster recovery.

Some of the money goes to other firms, including software licence fees, and £1.9m passed on to Accenture in the quarter for the National Insurance Recording System, NIRS2, for which the original contract was signed in 1995.

HMRC’s second-largest supplier in 2012-13 was Mapeley Steps, a Bermuda-registered firm set up in 1999 to bid to provide outsourced management of the tax agency’s property under a private finance initiative deal. Its holding company, Mapeley, is based in Guernsey.

“The benefits of the tax position we have are handed back to the government through a lower charge we make to them every year,” said Mapeley’s then chief executive Robin Priest in 2002.

Outside Aspire, HMRC spent only modest amounts with IT and telecoms suppliers, including a further £1.7m with Capgemini. Among the others are £4.8m for 17th-largest supplier Computacenter, £3.5m for 21st-placed SCC’s parent company Specialist Computer Holdings and £2.5m for Airwave, the UK’s supplier of emergency service communications.

DWP and HMRC spend less than £5bn with suppliers to suck in and send out several hundred billions of pounds from and to almost everyone in the country. But if you want to see full-blooded public sector spending, forget the civilian civil service. The Ministry of Defence spent a stonking £22.3bn with 340 major suppliers (those receiving more than £5m) from both the public and private sectors in 2012-13.

To its credit, the ministry releases substantial research and data on this spending. This shows that the largest MoD supplier (leaving aside £1.79bn that goes to other government departments) is Nato and Occar, the latter being the body through which Britain jointly buys arms with Belgium, France, Germany, Italy and Spain.

These two international organisations jointly received £1.62bn, followed by BAE Systems Surface Ships, which got £1.13bn. Overall, the 12 subsidiaries of BAE Systems listed in the MoD figures earned £3.12bn in 2012-13. A separate statistical analysis of the MoD’s key suppliers reports that BAE received 13.7 per cent of all procurement spending in 2012/13, down from 14.2 per cent in 2007/8; Babcock International Group is a distant second at 5.4 per cent.

The first IT company on the list, in fifth place behind AWE Management (the Atomic Weapons Establishment based at Aldermaston, receiving £978m) is HP, which received £799m through its HP Enterprise Services Defence & Security UK subsidiary. It may have earned a bit more through other subsidiaries including Autonomy, although none of these get into the £5m+ list; overall, it takes 3.3 per cent of all MoD spending, up from the 3.1 per cent taken by EDS, since merged into HP, in 2007-8.