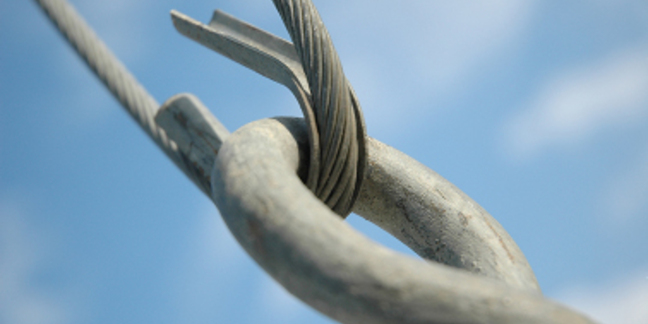 Exclusive Cisco has launched an EMEA-wide crackdown in the channel after expelling Phoenix IT Group from the Gold Partner network, which our sources alleged was because it flouted support rules by supplying grey market kit.

The Brand Protection police at the networking Goliath sent letters to more than 1,000 resellers, integrators and vendors across EMEA to tell them they are on a "Denied Partner List" (DNP).

Unfortunately this is to notify you that with immediate effect we are unable to sell you any further Cisco hardware or services as you are on the denied partner list issued by Cisco Brand Protection.

Apologies for the need for us to take this action but we are bound by the terms of our partner agreement with Cisco.

Systems will prevent those businesses quoting Cisco kit or carrying out transactions, the missive added, and recipients were asked to contact the vendor. The document was sent out to Cisco partners following a webinar yesterday.

Sources close to the matter told The Channel that in the case of Phoenix, the firm allegedly failed to "back off" kit to Cisco, a process that involves the partner registering individual product sales with the vendor and paying a fee for each item so they are eligible for service cover.

It was the alleged lack of these registrations that rang alarm bells about Phoenix, we are told. It was made clear to us that only some on the DNP list are believed to have been involved in grey market selling, while others allegedly were not backing off enough kit.

Grey market kit can be counterfeit, or even made in a midnight run when factory workers return the serial counters to zero and restart the production lines. Such gear can be classified by vendors as second-hand equipment or products not authorised to be imported from one continent to another.

The irony is that vendors' leaky supply chains or efforts to shift stocks from one region to another in a bid to hit targets has helped fuel the grey market.

It is unclear if Phoenix had itself been caught unwittingly selling Cisco technology classified as grey.

Peter Titmus, chairman at Networks First, was pleased that Cisco is taking action to clamp down on service abuse.

"We are delighted that Cisco is finally doing something because for a long time we've been putting up with people breaking the rules which put those that stick to the rules at a commercial disadvantage," he said.

Titmus said Cisco tightening up the enforcement of regulations across the entire region.

A senior figure at one wholesaler agreed a number of vendors are now paying more attention to warranty abuse and grey market kit because there is a lot of money to be made and lost.

"Everyone is scrambling around for margin," he added.

Services abuse is not new. Industry body, the Alliance for Grey Market and Counterfeit Abatement (AGMA) released a white paper back in 2009 claiming that service abuse - warranty and service entitlement misuse - costs tech vendors up to $10bn in lost revenues each year.

One issue driving people to cut corners, say our sources, is that core Cisco support has become proportionately more expensive over the years, as competition between partners has driven down margins on their own services.

Sources said paying for Cisco support used to be on average one-fifth of a bill to customers – but these days it can be more than half. Channel partners make no margin on Cisco support, ie, the TAC or bug fixes.

"The price we can charge for services, our services, has shrunk but the amount Cisco charges us [to allow customers to access TAC and software fixes] has stayed the same," said one.

Customers that do not pay for product support are breaking Cisco's licensing rules, irrespective of whether this is inadvertent or not, he pointed out.

The networking titan uses serial numbers to detect cloned or grey market kit but sources told us that unscrupulous channel firms were finding ways to sidestep this.

In some instances a channel partners may buy a batch of routers or switches but only register a limited number to attain a serial code.

Cisco's PR is getting back to us with a comment.

Despite repeated attempts to contact Phoenix boss Peter Bertram, he did not respond to calls.

A Cisco spokeswoman, sent us a PR blurb:

"At Cisco, we work closely with our customers and partners to maintain the integrity of our channel network. We see this as an important investment in protecting our brand and ensuring on-going confidence in Cisco’s technology and services." ®