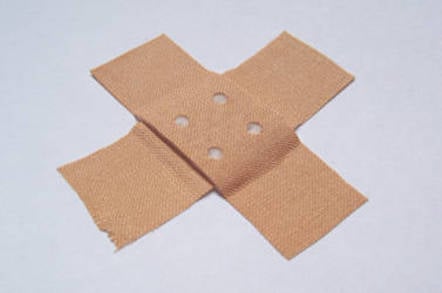 Microsoft is lining up eight bulletins for the November edition of patch Tuesday (12 November), including three critical fixes, but there's no relief in sight for a zero-day vulnerability in how Office handles .TIFF graphics files.

Hackers are exploiting a zero-day vulnerability in a graphics library that is used by Microsoft Office and older versions of Windows in a targeted attack, as revealed by The Register this week. There is no patch available for this, and nothing is scheduled to arrive next Tuesday.

However, Redmond's security gnomes have at least issued a workaround to defend against possible attacks that works by disabling TIFF rendering in the affected graphics library. TIFF is a format used frequently when scanning documents and in the publishing industry.

A comprehensive patch against the vulnerability, which only surfaced last week, will probably have to wait until December.

In the meantime there's November's eight-strong bulletin to consider, which covers flaw in both Windows and Microsoft Office software. The three “critical” bulletins affect IE and Windows, with the remaining five "important" bulletins affecting Office and Windows.

Microsoft's pre-release advisory - which leaves out details of the vulnerabilities to be addressed pending their release next Tuesday - is here.

"The November Patch Tuesday Advance Bulletin is out and I think everyone is breathing a sigh of both relief and frustration," Barrett commented. "Relief because for the first time in a few months, this is a relatively straightforward Patch Tuesday, with fixes for most Windows versions, the ever-present IE roll up patch, and some Office components, but nothing esoteric or difficult to patch. No SharePoint plugins, no complicated .NET patching, no esoteric office extensions."

"There is frustration because according to the MSRC blog, this round of patches does not include a fix for the recently published, exploited in the wild Office vulnerability described in Microsoft Security Advisory 2896666." ®