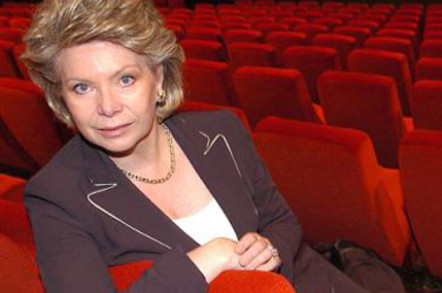 EU Justice Commissioner Viviane Reding has re-floated the idea the European nations should team up to create their own intelligence service by 2020, as a counterbalance against overarching US spying.

In an interview with Greek daily Naftemporiki on the ongoing controversy about the NSA's dragnet surveillance programme, Reding argued "we need is to strengthen Europe in this field, so we can level the playing field with our US partners."

"I would therefore wish to use this occasion to negotiate an agreement on stronger secret service co-operation among the EU member states - so that we can speak with a strong common voice to the US. The NSA needs a counterweight. My long-term proposal would therefore be to set up a European Intelligence Service by 2020," she added, EUobserver reports.

The comments follow recent Snowden revelations that the NSA routinely records call record and internet metadata of millions of Europeans in Germany, France and Spain. US spies have also been exposed for running surveillance ops against 35 world leaders, including German Chancellor Angela Merkel.

Reding, a Luxembourg politician who's a strong advocate of EU integration more generally, has gone out of her way to criticise US snooping on Europe's political leaders. "Friends and partners do not spy on each other.We expect to see action from the US to rebuild trust," she said in an update to her Twitter account late last month.

EU countries' intelligence services already co-operate up to a point, for example by sharing information on terrorist threats through IntCen, a branch of the EU foreign service. But the level of co-operation is minuscule compared to the tight alliance of five English speaking countries spearheaded by the NSA and its little Big Brother ally, GCHQ.

The idea of creating a European Intelligence Service has come up before, most notably in 2004 in the aftermath of the Madrid train bombings that killed almost 200. Austria and Belgium proposed creating an EU intelligence service but failed to get anywhere because none of the major countries (France, Germany or the UK) in the EU wanted to have anything to do with the idea.

Nine years on there's no real sign that anything has changed about countries wanted to control their own intelligence efforts, for obvious national security and foreign policy reasons.

An EU official told EUobserver that Reding spoke "off the cuff" and has not even talked through the idea of a European intelligence agency with fellow commissioners.

Any European Intelligence Service would need an EU treaty change, the official added.

GCHQ is involved in a a loose but growing European eavesdropping alliance involving co-operation with German, French, Spanish and Swedish intelligence. This involves the exchange of techniques for mass surveillance of internet and phone traffic through fibre taps from GCHQ in exchange for the sharing of covert relationships with telecommunications companies. The level of cooperation varies, however, in much the same way as it we see with the EU's group crime-fighting effort, Europol, with cop agencies in the various member states not always keen to share evidence with police in other countries. It is nothing like as close as the five eyes alliance that ties together the UK, US, Australia, New Zealand and Canada. ®

Compared to 151 million in 2016, perhaps due to dupes rather than spy boom