So is this where the next banking-IT disaster will hit - or where it won't? 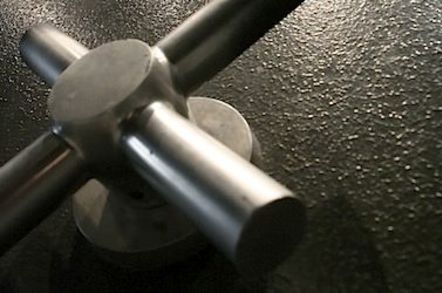 The Co-operative Bank has put tech suppliers operating in Blighty's financial services sector on red alert after confirming plans to spend £500m on overhauling its creaking IT infrastructure after years of "under-investment".

A wider rescue plan is being initiated by the bank after it discovered a £1.5bn black hole in the balance sheet created by defaulted loans and the 2009 merger with Britannia Building Society.

The backbone of the turnaround efforts, thrashed out this weekend, include shuttering around 15 per cent of UK branches and axing part of the workforce, but also extend to dragging its aged IT into the 21st century.

"As a result of historical underinvestment (among other factors), a number of the bank's IT systems now, or will soon, require their hardware and operating systems to be updated and improved," the bank said in its recapitalisation plan.

A review of the pressing needs has been completed and an IT development roadmap has been agreed. This has been split into four phases: remediation, digital catch-up, simplification and strategic optimisation.

The "primary focus" for next year and 2015 is "remediation of existing system issues" to meet commitment to regulators and create an IT rig that improves the web-based and mobile banking services.

The execution of the bank's turnaround strategy will take three years, the Co-Op stated.

"The bank has currently budgeted in the region of £500m in connection with the re-engineering of the bank's IT platform to support the Core Business strategy, its cost saving programme, and the reorientation of the bank's distribution channels."

"Within this amount, total investment spend on transformation, including IT remediation, digital catch up and other IT initiatives in the next three years of approximately £400m to £450m is currently budgeted, of which approximately 40 to 45 per cent is currently expected to be capitalised," the Co-Op added. ®