Amazon lashes Nvidia's GRID GPU to its cloud: But can it run Crysis? 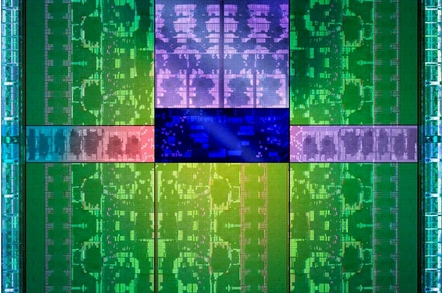 Amazon has chugged Nvidia's new virtualized GPU technology to spin-up a new class of rentable instances for 3D visualizations and other graphics-heavy applications.

The "G2" instances, announced by Amazon on Tuesday, is another nod by a major provider to the value of Nvidia's GRID GPU adapters, which launched in 2012.

These GRID boards provide hardware virtualization of Nvidia's Kepler architecture GPUs, which include an H.264 video encoding engine. The instances will give developers 1,536 parallel processing cores to play with for video creation, graphics-intensive streaming, and "other server-side graphics workloads requiring massive parallel processing power," according to the PR bumf.

It also supports DirectX, OpenGL, Cuda, and OpenCL applications, demonstrating Amazon's lack of allegiance to any particular technology in its quest to tear as much money away from on-prem spend as possible.

Nvidia worked with server vendors including Cisco, Dell, HP, IBM, and SuperMicro to make sure the cards are reliable. Amazon Web Services will be another stress testing ground for the tech, so we'll be watching the cloud's status page closely for any hiccups.

The new GRID G2 instances will cost $0.650 per hour for Linux and $0.767 per hour for Windows. Now compare that to the $2.1-per-hour price tag for Amazon's CG1 instances, which are backed by two Intel Xeon X5570 quad-core CPUs with hyper-threading, along with two Nvidia Tesla M2050 GPUs.

We asked Amazon for details on how it plans to burn-in the GRID instances to assure stable performance and no software hiccups. A spokesperson told us: "Like the rest of Amazon EC2, we manage the complexity of designing, deploying and maintaining hardware on behalf of our customers, allowing them to focus on their core business."

At the time of writing, the company had not told us whether it was using the GRID K1 or GRID K2 GPU boards, or just lashing together spare G2 Kepler capacity through Nvidia's vGPU manager.

The GRID instances are initially available in the US East (N. Virginia), US-West (N. California and Oregon), and EU (Ireland) regions, and will be made available in other AWS regions "in the coming months". They can be bought in on-demand, reserved, and spot formats. ®