Apple will FAIL in corporate land 'because IT managers hate iPads' 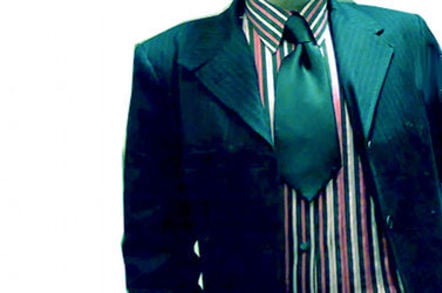 Apple's "very limited success" in penetrating the corporate enterprise market with the iPad reflects the lack of control IT managers feel they have over the device, as well as the dominance of Windows.

That is, according to HP exec Jos Brenkel, global senior veep of sales for Printers and Personal Systems, who said no single slab maker has yet cornered the business market.

Arguably, HP has not been playing to win in either space, failing yet to bag a place among the top five biggest slab shifters on the planet. Currently that list is led by Apple and closely followed by Samsung.

And lest we forget, it was an inauspicious start for HP in the slab market when former CEO Leo Apotheker sent the TouchPad to the slab graveyard in August 2011 not long after launch, and killed its smartphone in a mobility double homicide.

Brenkel said HP needs multi-operating systems and hybrid devices to win round commercial punters, and reckons it will adopt a similar strategy in the phone market when it re-enters that space too.

He added that Apple devices had got into workplaces via consumers bringing them into the office, "the pressure is on the user side to integrate Apple into that environment".

Large corporate roll outs of iPads have been fairly thin on the ground in the UK - they have for all tabs - but Barclays Bank bought 8,500 from Insight Enterprises last year.

Brenkel predicted that as Windows 8 “becomes a more tolerable solution for consumers it will be accepted more in the commercial space. I really believe that Windows 8 will still be a very important OS in commercial, with Android".

"And once those devices start coming out, you'll see IT get control again on the Apple devices," he added.

Resellers contacted by The Channel, mostly PC sellers, agreed it was harder to integrate Apple into a largely Microsoft-based biz landscape, and one predicted that iPads will "stay largely in the hands of executives".

"New form factors, probably Windows based, will gain greater traction. We shouldn’t forget Android either as Microsoft's recent decision to produce its own slates will make their OEMs more likely to take a dual stance," said one.

IDC estimates that the business slab market will account for roughly a fifth of sales by 2017 but sales at the moment are relatively small.

Apple took on HP channel sales director Trevor Evans to run its B2B reseller operation at the start of 2012 with the aim of bolstering shipments of Macs and iPads, but progress has been kept under wraps.

"Both Apple and Android are coming in through the back door with the Bring Your Own Device trend," he told El Chan.

Canalys surveyed 300 channel firms and found that security concerns and the lack of specific business apps had limited pad penetration in large corporate land, not the cost of equipment or concerns about productivity.

"At the moment the majority of business tablets are going into SMEs. They may not have such a hang up on security policies," Coulling said, adding some larger firms were trialling deployment within individual business functions. ®