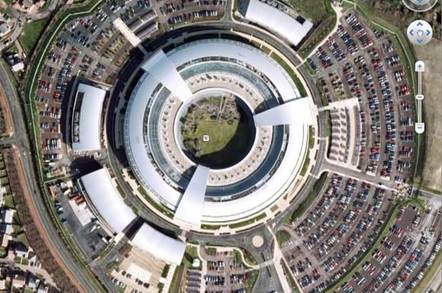 The Guardian cited documents leaked by whistleblower Edward Snowden in reporting that the operators, along with Verizon Business and a number of smaller providers, provided spooks with access to their undersea cable networks for the collection of voice and internet traffic.

According to the report, the firms have assisted in the harvesting of social networking and email activity of customers as well as the banking of phone conversations by way of tapped fiber-optic lines.

A spokeswoman for Verizon told The Guardian: "Verizon continually takes steps to safeguard our customers' privacy. Verizon also complies with the law in every country in which we operate."

BT declined to comment. A spokesman for Voda added: "Vodafone does not disclose any customer data in any jurisdiction unless legally required to do so. Questions related to national security are a matter for governments not telecommunications operators."

Today's disclosure sheds further light on GCHQ's modern-day dragnet activities, first revealed in June after Snowden fled the US and handed reporters top-secret dossiers he obtained while working as an NSA contractor.

In addition to tapping undersea fiber cables for telco data, GCHQ – which shares intelligence with its American counterpart, the NSA – is said to be collecting other information from data-center communications links, essentially hoarding data generated by Google and Yahoo! services.

Following months of outcry, British MPs have taken steps to probe their spies' mass collection of data from private sources. ®