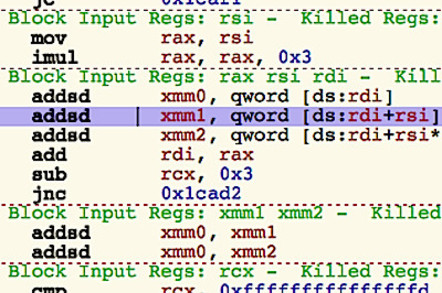 Dubbed BadBIOS, the mysterious rootkit has split the infosec community after Ruiu said the software nasty can jump over air gaps, meddle with a number of different operating systems, and survive motherboard firmware rewrites.

Once installed and hidden away in the PC's BIOS storage area, the rootkit is supposedly capable of communicating between compromised machines by transmitting data encoded in ultrasonic sound emitted from the device's loudspeakers. Incredibly, nearby infected PCs can, it's alleged, pick up the signal from their microphones and decode the information. This is said to allow the malware to communicate between systems even if there is no other way to exchange information, such as over Wi-Fi, Bluetooth, or an Ethernet connection.

Ruiu reckons BadBIOS, which infiltrated his lab computers, can infect PCs regardless of whether they are running Mac OS X, Windows, Linux, or a flavour of BSD including OpenBSD. The rootkit supposedly infects USB sticks, reprograms their micro-controller firmware to hide itself, and injects itself into a sterile computer once the stick is plugged in.

Indeed, simply by plugging in an infected USB thumb drive, with no other action required, is supposedly enough to catch ‪BadBIOS‬. Canadian Ruiu claims he's been fighting against the terrifying strain for weeks, but nobody else has come across it. The malware can prevent a machine from booting from CD, can stop system administration software from working, and attempts to burn evidence of the nasty onto optical media is thwarted by the rootkit – which, we're told, can hook into classic BIOS, EFI, and UEFI firmware.

The rootkit's ultimate intentions, other than sending out encrypted IPv6 traffic, is not at all clear, it seems.

Ruiu, on Twitter as @dragosr, organises the annual popular Pwn2Own hacking contest at the CanSecWest conference. In response to a handful of questions on the social network, the security-bug researcher said helping to organise the upcoming PacSec event, due to take place in Tokyo in two weeks, is more important right now.

The security conference in Japan may bring much-needed hard information to light on the Abominable malware. Ruiu has suggested he is holding back on the details until patches for software bugs exploited by BadBIOS are made available.

The infosec world raised a quizzical eyebrow to the rootkit claims, which has super-villain-like characteristics. Ruiu is a respected expert, but he has yet to release any data for independent corroboration.

Rob Graham of Errata Security has put together a detailed analysis of each element of the claims about ‪BadBIOS‬'s capabilities.

"Everything Dragos describes is plausible. It's not the mainstream of 'hacking', but neither is it 'nation state' level hacking," Graham noted.

An even more sceptical evaluation comes from industry veteran Paul Ducklin, writing on the Sophos Naked Security blog. "It's possible, of course, that this is an elaborate hoax, intended as a combined publicity exercise and social engineering experiment that will be wrapped up at PacSec," said Ducklin.

"If so, expect it to be aimed at outing anyone who jumped to detailed conclusions without having the details to go on!"

Now tell us what you think – vote below and comment away. ®