Ahhh, SATISFACTION: Watch while we set a NAS on FIRE

Watch the flames soar over the plasterboard ... 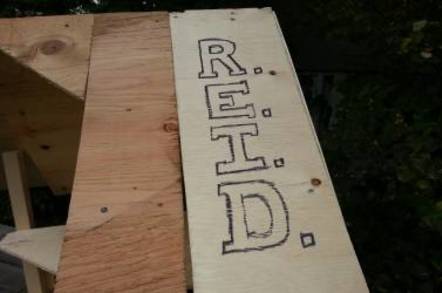 A vendor has made the silly mistake of claiming its kit is fireproof, prompting a certain El Reg hack to ponder where he'd left his matches...

The vendor in question is IOsafe, whose products have been reviewed on El Reg before. Last time, its single-disk unit survived being dunked in a well for far longer than originally intended.

It's now back with a dual-disk RAID 1 unit – the N2 – this time sporting the Synology DSM operating system. It has reiterated its "fireproof and waterproof" claims for the new device.

We here at El Reg are a skeptical lot. When someone makes an outrageous claim we demand proof. It's all fine and good to dunk a widget in a well but we fancy a test that involves flames and roasting meat.

To that end, we've created the Replica Environment Immolation Device (REID). The goal: place the N2 inside REID, set it on fire, put the drives in a fresh N2 and see if they still work. REID is equipped with a wired-up electrical jack and we'll have the N2 operational and serving data during the burn.

If you take a moment to look at our trailer, you'll note that REID isn't fancy. In fact, one could go so far as to say REID's downright trashy. There are some planks of wood here, a few bits of plywood there and a little gyprock plasterboard at the back. Just enough to simulate the kinds of materials that might be burning about an IOsafe in a real world scenario.

We're still getting the results beat into some semblance of shape, but November will see the completed results of our test. There's fire, water, and a pair of Canadians thrusting their wieners into the fiery REID on a cold autumn day. ®