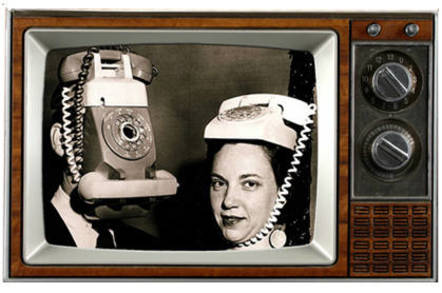 TalkTalk is extending its HomeSafe brand from the telco's broadband service to its fixed phone lines by adding network-level filters that will hang up on nuisance calls.

But the company told The Register today that - unlike its broadband HomeSafe system - this particular filtering technology has been developed without the help of Huawei, which the ISP's boss Dido Harding has previously described as a "vital strategic partner".

A spokesman for TalkTalk said that this version of HomeSafe has "no association with Huawei at all".

We were told that TalkTalk's technology "uses a functionality on its voice switching platform which looks up the originating CLIs [calling line ID] against a table and blocks it if [the] number should be blocked."

However, readers may agree that its surprising that TalkTalk has used the Homesafe brand name for this particular system, given its strong association with Huawei.

In recent months Huawei has undergone immense scrutiny from politicians in the UK, who are only now questioning whether its tech poses a threat to the country's national security – nearly a decade after the Shenzhen-headquartered telecoms giant first began doing business here with BT.

It harvests every URL visited by every TalkTalk customer and then follows them to each web page and scans for threats, creating a master blacklist and whitelist of dangerous and safe URLs.

TalkTalk is now claiming that it is the first telco to allow its subscribers to identify nuisance callers and attempt to get them barred at a network level.

It said it was hoping to help customers prevent scammers and aggressive marketing folk from calling them.

But it's up to punters to alert TalkTalk to such nuisance calls by using a special reporting service created by the ISP. The company will then investigate the requests before blocking specific phone numbers at a network level where its finds "evidence of misconduct that breaches a strict set of rules".

In order to stick to the company's rigid criteria, TalkTalk's team are required to sift through the reports from customers to monitor the frequency of the supposed nuisance calls and, for example, see if there are complaints about the same number from others. In extreme cases that may involve harassment, TalkTalk will tell its subscribers to contact the police.

The system, however, does not extend to blocking residential or mobile numbers, banks or debt collection outfits or sales and marketing firms that don't breach TalkTalk's criteria.

Harding said in a canned statement:

Customers tell us that getting calls they suspect are from scammers and fraudsters, along with persistent and aggressive sales and marketing calls, is one of the more stressful experiences they encounter.

Now we have the technology, determination and thanks to our customers the help and support to identify and block these calls from reaching TalkTalk homes. This is the next stage in our HomeSafe offering, which we launched two years ago to let customers take control of how the internet is used in their home.

"Banning those responsible for scams and for making nuisance marketing calls could make a real difference," he said. "Tackling this problem requires regulators, industry and government to work together and I hope others follow TalkTalk in acting against this menace." ®