Oracle investors get hot under collar over execs' bulging packages 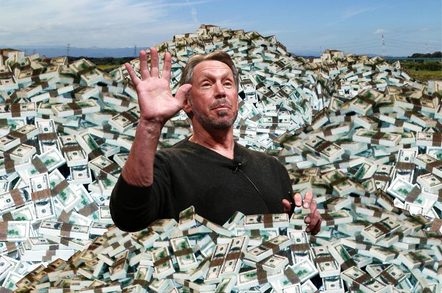 Three long-term investors in Oracle are planning to protest against the firm's executive pay policies at its annual shareholder meeting today.

Pension funds from Britain, the US and the Netherlands wrote to Oracle to express "severe concerns" about how much top execs were getting paid and the accountability of the board.

"At the 2012 annual shareholders’ meeting, the advisory vote on pay not only failed to receive a majority vote in support, but, by our calculations, 86 per cent of independent shareholders voted against the resolution," the funds said.

"This is not a situation that any board should ignore, even taking into account the advisory nature of the pay resolution, as it is clearly a request for change by shareholders. Subsequent to the vote from last year, we would have expected the board to have addressed issues such as excessive compensation and the lack of performance hurdles in the vesting of long term incentives."

The UK's Railpen, California's CalSTRS and PGGM of the Netherlands accused the board of failing in its duties by not making substantial changes to the exec pay structure and said they wouldn't support the nominees for the board this year.

The three funds are not the only investors to agitate for change to Oracle's pay policies, which saw chief exec Larry Ellison stroll home with around $76.9m for the fiscal year ending in May.

The company held a non-binding "Say on Pay" vote last year, but chose to ignore the outcome when shareholders rejected its compensation structure.

Earlier this month, CtW Investment Group, which said it was representing Oracle stockholders, also urged investors to vote against pay at today's AGM. ®