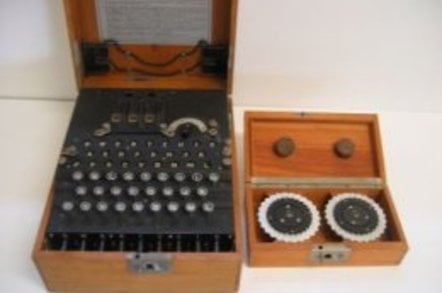 It's past time to plan the abandonment of legacy crypto, warns the European Union Agency for Network and Information Security (ENISA) in a new 96-page study providing recommendations for crypto designers that also says most protocols are hard to install in a secure fashion.

The good news, however: behind the huge amount of detail that you'd have to work through if you were actually implementing crypto, ENISA says (PDF) there are only two decisions that have to be made at the high level:

The second case, ENISA writes, depends on characteristics like proofs of security, key sizes of 128 bits of symmetric security or better, are well-studied and without structural weaknesses, are standardised, and have a reasonable existing installed base.

Mind you, the group is pretty demanding about what it considers “fit for future” deployment: you – or rather, the best research you can find – should expect the system to remain secure for between 10 and 50 years.

In a remark that won't surprise insiders but illustrates the complexity of the world of crypto, ENISA notes that while primitives and schemes are well-studied, the area of protocols is less so. To understand why this is important, here are the divisions between these three fields:

Not only are protocols under-studied, the report states, but “most of the deployed protocols which can be used by a naive user, are in fact either incredibly complex to install in a manner which we would deem secure, or are in fact insecure with respect to modern cryptographic standards.”

Edited by Professor Nigel Smart, Professor of Cryptology at Bristol University, the report also recommends a list of primitives, schemes and protocols it believes are sufficient for future deployments. While too long to reproduce here, ENISA's view of primitives is worth looking at.

For block ciphers, only AES and Camilla are considered suitable for future deployments: 3DES, Kasumi, Blowfish still get a pass mark for legacy applications only, and DES, of course, is a dead duck.

Crypto designers should stick to SHA-2, SHA-3 or Whirlpool for their hashes, and where there's a choice, opt for longer outputs. SHA-1, SHA-2 and RIPEMD-160 are only suitable for legacy applications. Rabbit and SNOW 3G are future-suitable stream ciphers.

Designers should work with at least 128 bit keys for AES; 256-bit for hashing, and their public key primitives should be at least 256 bits long, ENISA says, and should plan that each of these be doubled in the future. ®