For its next trick, Inktank tries to pull golden rabbit from Ceph hat

Just how do you make people pay for an open-source filesystem? 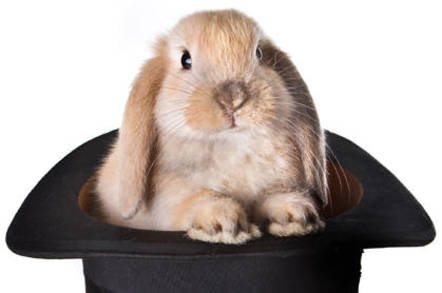 You'd think being a core part of Linux would be a good thing for a filesystem, but if you want to make any money off it, things get tricky.

To get round this problem, the company behind the Ceph filesystem, Inktank, announced today that it hopes to bag cash from the distributed object-storage technology by offering support, analytics, and a cluster manager called Calamari atop the system, via a paid-for distro called Inktank Ceph Enterprise.

Apps can interface with the cluster, and RADOS can scale to "thousands of client hosts or KVMs accessing petabytes to exabytes of data". The filesystem uses an algorithm called CRUSH to dynamically replicate, re-balance, and stripe data across nodes within Ceph clusters.

Ceph was integrated directly into the Linux kernel with the 2.6.34 release in 2010 and was embedded in Ubuntu in 2012, along with the LogFS system. Unlike rival GlusterFS, Ceph can be accessed on modern Linux installs without the need for abstractions such as Fuse, says Inktank's senior veep of product management Neil Levine.

The object store has S3 and Swift-compliant APIs so it can hook into cloud systems, the block device can deal with images of up to 16 exabytes, and the filesystem has POSIX-compliant semantics and can be used as a drop-in replacement for the Hadoop File System.

But, as we've said, all of this comes for free due to Ceph being open source, so how is Inktank going to make money from it?

First, by offering to paying punters a version of Ceph – not the latest version – that has been vigorously tested by Inktank, along with support services such as service-level agreements, bug escalation, hot patches, and roadmap input.

The company is also going to develop free plugins to other open-source technologies, such as OpenStack, and then potentially paid-for plugins for things such as Microsoft's Hyper-V.

"All of the storage functionality is going to be open source," he stressed. "We're not doing public pricing at the moment. It should be 1 to 5 cents per gig per month if you contract with us and choose the right hardware."