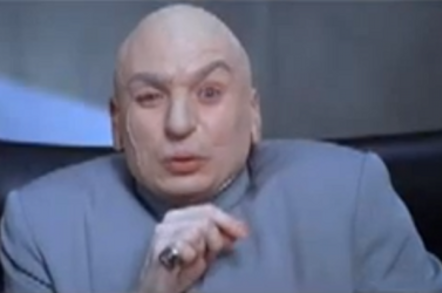 Elon Musk's futuristic Hyperloop public transport system took a tiny step closer towards becoming reality today as a name was chosen for the company which hopes to start work on the superfast tube train.

Headed up by Dr Marco Villa, former director of mission operations at SpaceX, and Dr Patricia Galloway, a former president of the American Society of Civil Engineers, the group is attempting to recruit people - and funding - to help it build Musk's untested transport technology.

Following a vote on JumpStartFund, a crowdfunding platform which allows users to form corporations to develop "interesting ideas", the firm has now officially been named Hyperloop Transportation Technologies (HTT).

It has also reached deals with companies that will help develop the tech behind the Hyperloop - and, hopefully, build it. One of these companies, ANSYS has created an advanced computer simulation of the system which has "proved successful", according to HTT.

HTT has set out a four-stage plan for building the system which looks simple – hopefully deceptively so – starting with the basics (like an environmental analysis) and working all the way up to the construction of the Hyperloop itself. The group appears to ask for an initial $1m in funding and hopes to have "demos" – of a scale model, we'd imagine – ready by the first quarter of 2015. According to HTT's "milestones" page on JumpStartFund, Dr Villa and Dr Galloway will work together with volunteers on four project sections: "system", "capsule", "tube" and "manufacturing, integration and testing".

Tesla and SpaceX entrepreneur Elon Musk first mooted the transport system last year and an open-source design for the Hyperloop was released in August 2013. Its estimated cost is upwards of $6bn and the system could speed passengers between cities in pressurised tubes at more than 700mph, potentially cutting the time taken to travel between Los Angeles and San Francisco to 35 minutes.

Some of the other names suggested for the super tube train included Tube X, The Loop, ScramTram and Loopola.

“The Hyperloop is a unique, unprecedented concept, which will need rapid development and evaluation of numerous design concepts for all subsystems – a task greatly facilitated by simulation technology,” said Dr Sandeep Sovani, director of automotive and ground transportation industry at ANSYS.

“At ANSYS, we have already virtually tested an initial concept of the Hyperloop, using our highly mature simulation technology that is used today by major manufacturers of aircraft, rockets, trains and automobiles. We are excited about the Hyperloop project and are planning to make our software available to the development team at Hyperloop Transportation Technologies Inc.”

HTT has also reached agreements with GloCal Network Corporation, which has apparently been tasked with fleshing out the mechanics of building the ambitious transportation system, and SUPRASTUDIO, a graduate programme with the University of California, Los Angeles (UCLA) which will explore where stations could be placed in two different cities.

“We jumped on this once in a lifetime opportunity to work with Hyperloop Transportation Technologies,” said Professor James Dimitrios Constantine Seferis, chairman of the board and executive director of GloCal Network Corporation. “As a world leader in advanced materials and processes, our skill set is the perfect match to help the development team bring this project to life.” ®