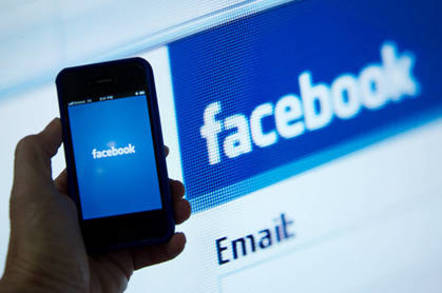 Facebook posted its results for yet another strong quarter on Wednesday, one in which the social network continued to gain both revenue and users, particularly from the all-important mobile market segment.

Fully 89.1 per cent of this quarter's sum, or $1.8bn, came from advertising. That was a 66 per cent increase over the previous year's quarter and 12.5 per cent more than Facebook brought in from advertising in the preceding quarter, which suggests that ads are becoming an ever-more important component of Zuck & Co's revenue mix.

Mobile ads are becoming increasingly significant, too, with approximately 49 per cent of Facebook's ad revenue in the third quarter coming from the mobile side. Last quarter the figure was 41 per cent.

That growth certainly makes sense. In an earnings call with analysts on Wednesday, CEO Mark Zuckerberg said the number of people who access Facebook exclusively through their mobile devices has now hit 48 per cent.

Counting all users in all regions, Facebook's average revenue per user was $1.72 for the quarter, up 33 per cent from 2012's Q3, and in the US and Canada the figure was actually up 43 per cent.

Monthly active users were up 18 per cent year-over-year, to 1.19 billion. That yields a daily-to-monthly active user ratio of 0.612, which is 5.8 per cent higher than the figure for Q3 of 2012, suggesting Facebook's user base is becoming steadily more engaged with the service over time.

One possible trouble spot, however, was among younger users. Although Facebook claims it is "close to fully penetrated" among US teens, it did admit to seeing an overall decrease in daily users among teenagers and particularly younger teens. But the social network said this dip in youngsters was "of questionable statistical significance," however, presumably because so many of its younger users lie about their ages.

Facebook had plenty of profits to show this quarter, too, with a net income of $425m for the quarter – its highest ever.

That certainly looks a lot better than the same period a year ago, when Facebook posted a loss of $59m. But the numbers are even more impressive if you exclude the effects of such items as share-based compensation, certain taxes, foreign exchange rates, and so on. Adjusting for those items, Facebook's non-GAAP net income was still up 99.7 per cent from the year-ago quarter, to $621m – a healthy increase, indeed.

Those figures translated into earnings per share of $0.25, brushing aside the average estimate of $0.19 per share offered by the 38 prognosticators gathered by Yahoo! Finance and scoffing at even the highest estimate of $0.21 per share. But then, Yahoo!'s worthies didn't expect Facebook to hit the $2bn revenue mark this quarter, either.

Yet despite these all-around solid numbers, investors seemed wary, perhaps because Facebook said it didn't plan to increase the number of ads it would push into users' news feeds in the coming quarter, suggesting slower growth.

Facebook's stock price spiked by around 10 per cent early in the day but its shares had shed most of their gains by the closing bell, to land down slightly in after-hours trading. ®

Pumpers and dumpers, flash crashers and other miscreants under the SEC's spotlight