Shipments stalled in Q3 as Samsung and Lenovo surged 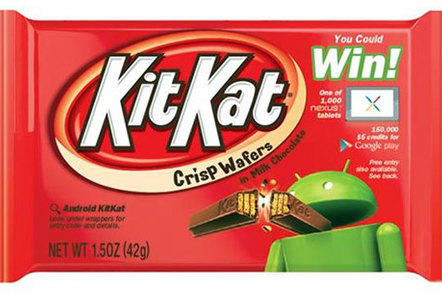 The analyst does offer one big caveat for its numbers: Q3 is a bad time for iPad sales because Apple now releases new models in Q4 and buyers keep their wallets shut until then. In Q4, “IDC expects Apple to enjoy robust shipment growth”.

Even with that seasonal factor, the numbers don't look great for Apple because its sales in Q3 2013 are just 100,000 iPads higher than the were in Q2 2013, and that's with the new and cheaper iPad mini in the market. Also unwelcome is momentum for arch-rival Samsung, which managed to more than double its shipments from 4.3m to 9.7m. Lenovo also did well, pushing 2.3m 'slabs out the door, up from 0.4m a year back.

Source: IDC Worldwide Tablet Tracker, October 30, 2013.
Table Note: Year-over-year growth calculations are based on preliminary shipment data and may vary from estimates based on rounded figures above.

IDC also notes that shipments of “white box” tablets are growing, especially at the low-price end of the market.

"These low cost Android-based products make tablets available to a wider market of consumers, which is good,” he writes. “However, many use cheap parts and non Google-approved versions of Android that can result in an unsatisfactory customer experience, limited usage, and very little engagement with the ecosystem. Android's growth in tablets has been stunning to watch, but shipments alone won't guarantee long-term success. For that you need a sustainable hardware business model, a healthy ecosystem for developers, and happy end users." ®