Withdraws injunctive action and scuttles back into shadow 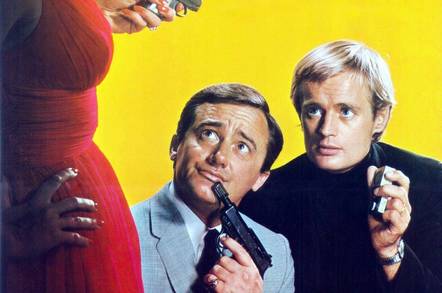 IBM has stumbled away from its legal tussle with Amazon over a strategically important contract to build a $600m cloud system for the CIA.

Today Big Blue withdrew its formal protest against the spooks' decision to use the online bazaar's technology, effectively ceding the massive contract to Jeff Bezos & Co. It also marks a shift in the balance of power among federal IT contractors.

For years IBM and a coterie of other huge companies – Oracle, HP, Dell, SAP, SAS, Verizon, and so on – have taken the largest share of public cash for government computer projects.

But all things come to an end, and the CIA's decision to plump for Amazon's private cloud over IBM's earlier this year signaled a changing of the guard. It also blew away some of the clouds of fear, uncertainty and doubt that incumbent suppliers had spread about upstarts.

IBM protested the CIA decision, and Amazon unleashed its own lawyers to fight back. A federal judge struck down IBM's objection earlier this month, and now IBM has withdrawn its final complaint, effectively bowing out of the race.

Calls to Big Blue went unanswered at the time of writing, though the tech titan did tell gov trade mag FCW "in light of the government's recent submissions emphasizing its need to move forward on the contract, IBM has withdrawn its motion." Amazon had no comment when The Reg contacted it.