Nothing to sniff at: Dell Ultrabooks REEK OF CAT PEE, scream users

'I have had to apologize to clients for the horrible smell' 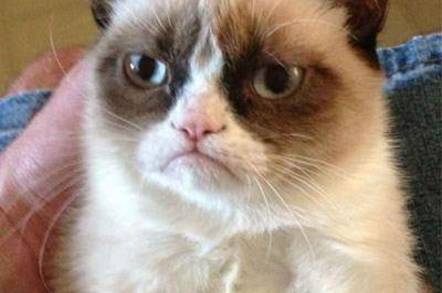 News of the 6430u's fragrant emissions appear in this thread in Dell's support forums. Complaints started in June 2013 when a user named “three west” wrote “So a few weeks ago I got a new Lattitude 6430u for work. The machine is great, but it smells as if it was assembled near a tomcats litter box. It is truly awful!”

Dell staffers weighed in with suggestions to clean the keyboard with a damp cloth or clean out the air vents. Other owners replied that those methods did not work and confirmed the presence of the stink.

Here's a comment from a forum user called “cnadlr”:

I am the technology coordinator at Washington DC public high school. We have about 300 Dell Latitude 6430u laptops. 60 have been issued to teachers for the school year. So far, two staffers have complained of the cat urine smell. Is this something I can expect to hear from everyone and what should my next steps be?

Another user, “rkmontoni”, said his laptop's odour was so unpleasant “I have had to apologize to clients in advanced for the horrible smell that comes out of the new machine.”

Dell seems to have done the right thing and sent out new laptops, but users like “hotecha” report even the replacements smelled.

To Dell's credit, the company's staff kept posting and seem to have tried to get to the bottom of the matter. Posts quickly ruled out “biological contamination” and by October 14 a “Senior Technical Consultant” named “Dell-SteveB” said the problem had been resolved and offered this explanation:

Dell-SteveB does not explain which “manufacturing process” was the culprit, but as most complaints pin the smell down to the keyboard or palm rest it seems something went wrong in there. Perhaps an imperfect polymer was pressed into service?

Reg readers being cynical types, some may wonder if this is all some 4Chan-style japery. SteveB's Twitter account suggests he's the real deal. Which is not to say some haven't posted items that seem more like jokes than cries for help. This one from user “askanyoneelse” may well fall into that category:

I want you to know that I killed our 1 year old cat, thinking it was pissing on my computer each night and now come across THIS forum telling me otherwise. Not only do I want a new computer, I want a new cat, vet fees, letter of apology and payment for my divorce lawyer, since my wife has left me after finding this out.

For the record, The Reg named the 6430u one of our top ten Windows Ultrabooks. We don't test for smell: there's no reliable benchmark for it. ®