DON'T BREW THAT CUPPA! Your kettle could be a SPAMBOT 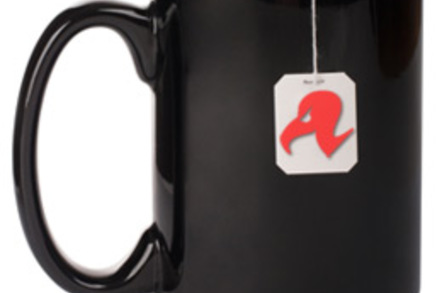 Russian authorities have claimed that household appliances imported from China contain tiny computers that seek out open WiFi networks and then get to work sending spam and distributing malware.

Just what data is being sent and to where is not discussed, which had Vulture South thinking the report might be spurious.

A bit of digging suggests it is legitimate. One source the story mentions, Gleb Pavlov of customs broker Panimport can be found at the link we've popped in on the company's name. We've also been able to find this linkto an appliances company called “Sable Ltd”, the very name translation engines say is the employer of one Innokenty Fedorov whose company found the bugged appliances.

Next question: could someone build a spambot small enough to hide in a kettle or iron? We see no reason why not: the components are small and cheap enough. One last wrinkle: could one convert Russia's 220v electricity supply to power a small electronic device without frying it, and without making an iron or kettle look rather odd? The answer is yes: all manner of tiny PCB transformers can be had to do the job.

Which leaves just one problem in the story: the fact that the report says the WiFi slurper-equipped kit was detected because the appliances were overweight. Unless the appliances were being air-freighted a handful of grams either way would not raise eyebrows, and it is hard to imagine low-cost items like irons were considered worthy of a plane trip. We surmise that whoever made the killer kettles and infiltrated irons cobbled them together with unlovely components that made their presence obvious. ®