Mal The Builder … can he fix it? Not with Australia's Scoop, Muck and Dizzy on the job 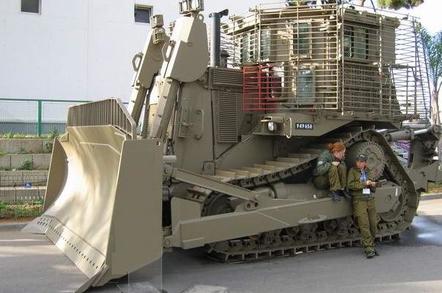 When Senator Stephen Conroy, Australia's former Communications Minister and the man who drove the early years of the nation's National Broadband Network (NBN) build, recently admitted that the rollout targets he signed off for the network's construction were too ambitious it was taken as further evidence his failings.

Conroy said the construction industry wasn't up to the task of meeting the targets he agreed to, a point of view that has to be appraised as more than a little self serving.

Nobody twisted those companies' arms to enter into those contracts that they later found impossible to deliver on time or at a profit, so there's clearly some truth in Conroy's point of view that construction companies are getting something wrong.

Current Communications Minister Malcolm Turnbull's alternative NBN policy nonetheless promises to deliver a completed fibre to the node (FTTN) network in a year less than required for the previous government's fibre to the premises (FTTP) network. Turnbull has suggested the comparative simplicity of the FTTN network is one reason for the likely faster completion but also stated the Liberal/National coalition would be better managers than its predecessors and therefore avoid the mistakes that translate into delays.

Turnbull's first steps have been to replace much of NBN Co's board and install Ziggy Switkowski as executive chair in part because of his experience delivering “linear infrastructure”.

That experience will doubtless be useful, some interesting data came to light yesterday suggests the construction industry won't do Turnbull any favours.

The document reports that the construction industry has some big challenges. “Businesses continue to face widespread difficulties in the sourcing of skilled labour and capital requirements,” it says. “This is being reflected in rising input costs which are exerting further pressure on margins.” Wages and building materials are two of the inputs expected to rise.

Those rising costs are expected despite what the report describes as a “weaker outlook” that will mean “the rate of increase in the total value of engineering and commercial construction work is expected to moderate markedly to 2.0% p.a. in 2013/14 followed by similar subdued growth of 1.0% p.a in 2014/15.”

In other words the industry will have less work to do, but will have to pay more to get it done.

The AIG is not backward in coming forward: Conroy would have been able to access such forecasts without much effort. The current government prides itself as being close to business, so elaborations on conditions in the construction industry won't be hard to find.

Let's be kind to the AIG and assume that it's not painting the worst possible picture in order to advance its agenda and instead take it at it's word when it suggests the construction industry is struggling to find people, cash and materials.

Malcolm Turnbull may be a better manager than Stephen Conroy and his board might mave more telecoms experience, but if the construction industry really is crook it's hard to see how Turnbull's NBN Co will find it any easier to find and sign up quality builders than Conroy did.

The move from FTTP to FTTN will help, but if the problems Conroy's NBN struck with asbestos prove anything it is that no construction plan survives contact with reality. Turnbull can have all the oversight he wants, but even the best managers can't magically speed time when unexpected problems strike.

In short, The Reg imagines whatever plans Turnbull's freshly-picked NBN Co board lays, they will go awry.

Just how Turnbull explains away the inevitable will be interesting to behold. ®