NYSE preps for MILLIONS of trades in Twitter IPO stress-tests 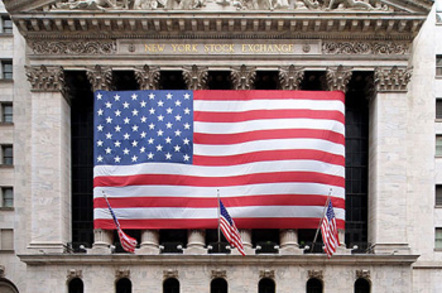 In a bid to avoid a similar scenario to Facebook's IPOcalypse, the New York Stock Exchange ran a simulated market debut for Twitter shares over the weekend.

The NYSE did a test run of the day Twitter’s stocks will go on sale to check if its systems will be able to handle the tidal wave of traffic the IPO could potentially generate.

Facebook’s market debut on the NASDAQ exchange was a shambles because the exchange's systems became overloaded with the flood of orders going through and brokers didn’t know if their buy or sell orders had gone through or, where they were backlogged, what price the order had gone through at.

"This morning's systems test was successful, and we're grateful to all the firms that chose to participate," an NYSE spokesman told Reuters. "We are being very methodical in our planning for Twitter's IPO, and are working together with the industry to ensure a world-class experience for Twitter, retail investors and all market participants."

Twitter is the biggest tech IPO since Mark Zuckerberg's social network went public, and its decision to list on the NYSE is seen by many as a reaction to the NASDAQ’s handling of the Facebook shares.

The NASDAQ was fined $10m by the Securities and Exchange Commission for the debacle and is in the process of ponying up to $62m to compensate firms that were harmed.

Although the NASDAQ tested its systems before the Facebook debut, it limited the total number of orders to 40,000. On the day, nearly 500,000 orders were placed before the shares even opened and over 500 million stocks had been traded by the end of the day.

The NYSE tested orders in the hundreds of thousands and also simulated receiving large orders of tens of millions of shares from single firms. ®