Wozniak: Please, whatever you do, DON'T buy me an iPad Air 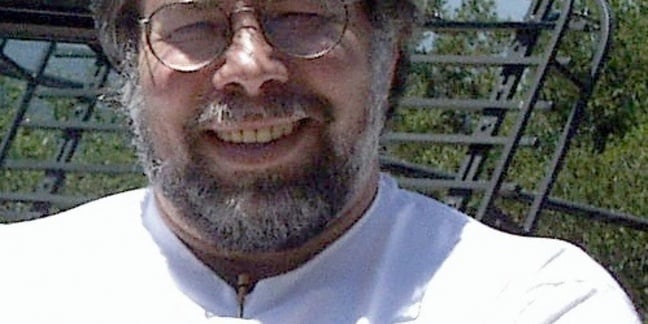 Apps World If you're wondering what Apple co-founder Steve Wozniak wants for Christmas, here's a clue: anything except one of the latest iPads.

The beardy boffin has slammed Cupertino's new iPad Air and the new Mini Retina, which is fitted with the hi-res screen which was once only used in larger models.

Shockingly, Woz also admitted he didn't have broadband at home and wasn't all that impressed with thin objects.

When he heard about the piddling level of storage in the new iPads, Woz immediately contacted his wife and told to rethink her gift-buying strategy. The other Steve was worried that he wouldn't be able to plough through whole seasons of rubbish American sitcoms at a time using the new fondleslabs, which boast a maximum of 128GB of storage space.

"Yes it's thinner, but I wanted storage," the storage-hungry slab fondler said. "I don't have broadband at home, and you can't get great broadband connections in hotels, so I carry all my personal media in the iPad.

"I was hoping Apple has a 256GB iPad so I could put every episode of Big Bang Theory on my iPad. So I emailed my wife and said 'Nope, I don't want one of those'."

The iPads just don't meet his "needs", Woz added, although The Reg would like to point out this statement is nowhere near as filthy as it might sound.

"I am constantly following the gadget world but I was on a plane and missed all of the keynote. When I finally took a look at the devices, the iPads didn't hit my needs," he added.

So why doesn't Woz have broadband, which is pretty much as essential as running water in most tech bods' homes? He blamed it on his "lousy phone company", before philosophically adding: "But that's life. It is really sad as I was the one that had a 1MB line back in the day when everyone else was on dial up. I was the king of the hill."