Latest funding round pegs moneyless firm's worth at $3.8bn 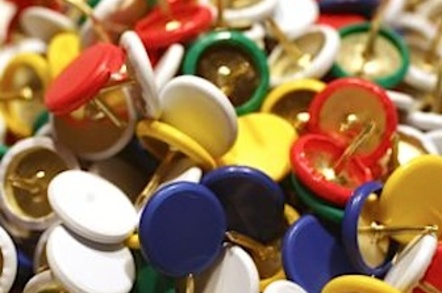 Kittens'n'cupcakes site Pinterest has won another $225m in funding that values the firm at an actually incredible $3.8bn.

Earlier this year, the scrapbooking site got a whopping injection of $200m, which put the profitless firm at a valuation of $2.5bn. That means that a site which has made no money and consists of endless photos of random stuff has managed to increase its value by $1.3bn in just eight months.

"We hope to be a service that everyone uses to inspire their future, whether that's dinner tomorrow night, a vacation next summer, or a dream house someday," top dog Ben Silbermann said in a statement to AllThingsD. "This new investment enables us to pursue that goal even more aggressively."

So far, Pinterest has only had one idea to turn people's obsession with posting pictures of everything, no matter how banal, on the internet and that was only suggested last month. "Promoted pins" are the site's first idea for an advertising product that could actually make some money off its users.

That hasn't stopped investors from showing a keen interest in when the site might decide to make an IPO, however; a prospect that may inch that bit closer if Twitter's market debut proves to be a success. ®