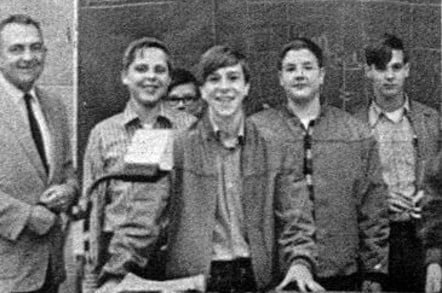 Australia's new government will continue with the development of a new digital technologies curriculum, the nation's first formal effort to teach computer science from kindergarten to year ten in every primary and high school.

Drafts of the new curriculum have been under way for more than a year. Early efforts questioned whether it was necessary to teach programming in schools. Later drafts not only said yes to that question but included agile development practices. Industry feedback on that draft considered it perhaps a bit too computer-science heavy and questioned whether schools will have the staff or resources to teach the curriculum. A working draft then scaled back some of the emphasis on computational thinking.

With Australia having recently elected a new government, Vulture South inquired if the new government supports the ongoing development of the Digital Technologies curriculum.

The TLDR answer: yes, but the coalition is reviewing the national curriculum and the process of developing it, so it's impossible to rule out change.

The long version, provided to Vulture South by a “Department spokesman” is that “The Government is aware there is general consensus among state and territory education authorities, given the time and effort already invested in the development of the curriculum, for the technologies learning area to contain two subjects – design and technology and digital technologies.”

The new government is content that the Australian Curriculum Assessment and Reporting Authority (ACARA) has responded to industry commentary on the draft curriculum and feels it “.... will be appropriately supported by state and territory education authorities depending on the individual needs of each jurisdiction.” The spokesman dodged our question about industry worries the new courses won't address skills shortages.

The new government also, however, intends to conduct a review of the entire Australian Curriculum “... to ensure that it is providing a rigorous, contemporary curriculum and delivers what parents expect.”

“The Government will await the outcomes of the review to determine whether any changes are required to the structure or content of the Australian Curriculum.”

Broad industry support for the Digital Technologies curriculum means it will likely survive that review, but it's impossible to rule out someone getting in the government's ear and agitating hard for change. ®