Beak orders Yahoo! to get on with Microsoft Search rollout in Asia 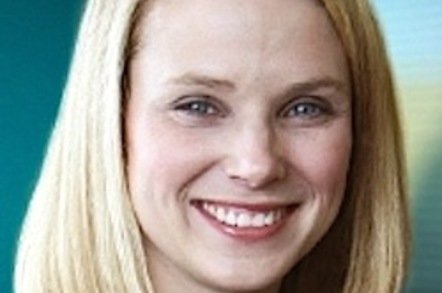 Yahoo! has been ordered by a US judge to get on with the rollout of Microsoft Search in Hong Kong and Taiwan as per their partnership deal.

The Purple Palace had tried to delay the deployment of Microsoft's search tech in the markets, claiming that chief exec Marissa Mayer was keen to discuss things with the successor to Microsoft CEO Steve Ballmer.

Ballmer announced his retirement from Microsoft two months ago and is due to leave the firm sometime within 12 months.

Yahoo! and Microsoft signed a 10-year search partnership deal back in 2010, before Mayer took over at the beleaguered Purple Palace. The companies were hoping that teaming up could go some way towards loosening Google's vicelike grip on the market. But so far, they've had no joy. Google still has two-thirds of the US search market, while Microsoft and Yahoo! combined hold under 30 per cent.

Yahoo! has already made it clear that it's not all that happy with how the partnership has gone, with Mayer saying earlier this year that the deal hasn't brought in the money or the market share the firm was hoping for.

Hong Kong and Taiwan were the last markets that Yahoo! hadn't switched on Microsoft Search, but it was due to do so this month. At the end of September, the firm told Redmond that it wasn't going ahead but it hoped to do the switch early next year instead.

Yahoo! gave as its reason “concerns about Microsoft’s level of commitment to the Bing Ads platform” in light of Microsoft CEO Steve Ballmer’s announcement that he planned to step down sometime before August 2014," according to court filings.

Microsoft immediately retaliated, calling the holdup a breach of the parties' agreement. Subsequent arbitration agreed with Redmond and an emergency arbitrator ordered Yahoo! to "use all efforts" to get Taiwan online by the end of October and Hong Kong by 11 November.

US Judge Robert Patterson said yesterday that he sides with the arbitrator's decision that Yahoo! was causing "established irreparable harm to Microsoft" by delaying things and ordered it to get on with it. ®