NOT London, NOT Cambridge... a little market town east of Reading 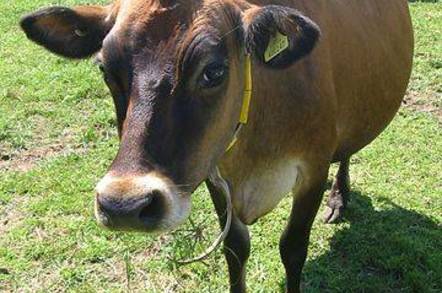 Wokingham is a town that's not famous for anything in particular. But that could be set to change after it was named the unlikely tech capital of Great Britain.

A report by accountancy firm KPMG claimed the mundane town boasts a proportion of tech workers which is five times the national average.

The municipality, located a couple of miles southeast of Reading, houses multinational firms in Thames Valley Business Park and Suttons Business Park, said the beancounters. Being close to Reading is considered an advantage in the tech world, if not in the real one.

In its Tech Monitor UK analysis, KPMG also found the top 10 tech employment clusters were all close to London and were based around the M4, M3 or M25 motorways.

However, the capital's much vaunted Silicon Roundabout, or Tech City, simply cannot compete with the might of Wokingham. It sits on the border between the boroughs of Hackney and Islington, which both boast a proportion of tech workers that is round about 1.5 times the national average, although this could be down to the fact that the densely populated areas are packed full of different sorts of industries.

Scotland has the lowest proportion of tech workers of the larger British regions, at just over one third of the UK's average figure.

The report also suggested that UK tech sector output growth is at its highest since May 2010. Some 38 per cent of tech firms in the UK expect to grow and take on more staff in the next 12 months.

To work out the proportions, KPMG analysed local authorites and larger regional areas to work out the percentage of tech jobs. This figure was then divided by the national average.

Tudor Aw, KPMG technology sector head said: "The UK tech sector is beginning to get the profile and attention that it needs – it is no longer unusual to read about tech entrepreneurs in our daily newspapers and political parties of all persuasions have recognised the need to promote this important sector in its policies."

He added: "The tech sector has generated solid rates of job creation over the last four years and it has consistently outpaced other UK private sectors in creating jobs since the global financial crisis in 2008/09. In terms of business outlook and confidence, we can take heart that tech companies in the UK are bullish about the next 12 months. Optimism is at one of the highest levels since data was first recorded in late 2009 and also continues the trend that tech companies are consistently more upbeat regarding hiring intentions then other UK sectors."

Wokingham can also lay claim to being Britain's healthiest place, because it has the lowest premature death rate of all local authorities in Britain.

However, it was also named one of Britain's worst places to live on the website Chavtown, which describes it as a "pseudo-posh market town which is actually a fertile breeding ground for chavdom". ®