'Norman, it's Steve. I need some help' 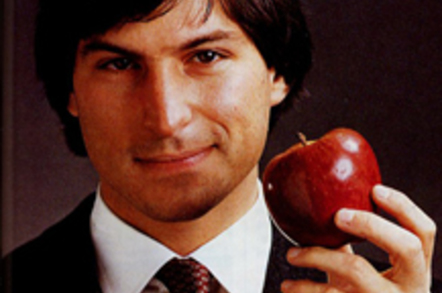 His confession came in a video made by Apple to persuade the city to let it build its enormous Campus II. Now this video has hit the web: to watch Norman Foster, skip to the 3 min 30 sec mark. And if you're a fanboi or fangurl, make sure you've got a hanky handy:

30-minute video presentation about the Campus II project at Cupertino

It's a typical piece of Apple melodrama complete with soaring music, over-the-top rhetoric and choice quotes from Steve Jobs, who is still able to conjure up his reality distortion field from beyond the grave.

"I think we have a shot at building the best office building in the world," said Steve Jobs himself.

The video features an interview with Norman Foster, the British architect famed for designing the wobbly Millennium Bridge and the Gherkin, London's pickle-shaped skyscraper.

He said: "I heard about the project out the blue. I got this call saying: 'Norman, it's Steve. I need some help.'

"I was out there [in the US] three weeks later. One of the most memorable things - and something that was perhaps vital to the project - was Steve saying 'don't think of me as a client, think of me as part of the team'.”

"It didn't start as a circular building, it just grew into that,” added Foster. “So the idea of one building with a great park around it was born out a very intensive process, with many models and presentations. That process continues today and will continue throughout the construction."

Jobs' own childhood came into play when he started to design the Fruit Loop.

“His first point of reference was the campus at Stanford ... and also the landscape he grew up with. He still remembered [California] as the fruit bowl of America," Foster added.

This desire to build a green bower of bliss was one of the driving forces behind the scheme. A forest of trees native to the state will be planted around the new HQ.

"The idea is to bring California back to Cupertino," said David Muffly, chief arborist on the project. ®